My magazine vs the Internet -Which is faster reference? 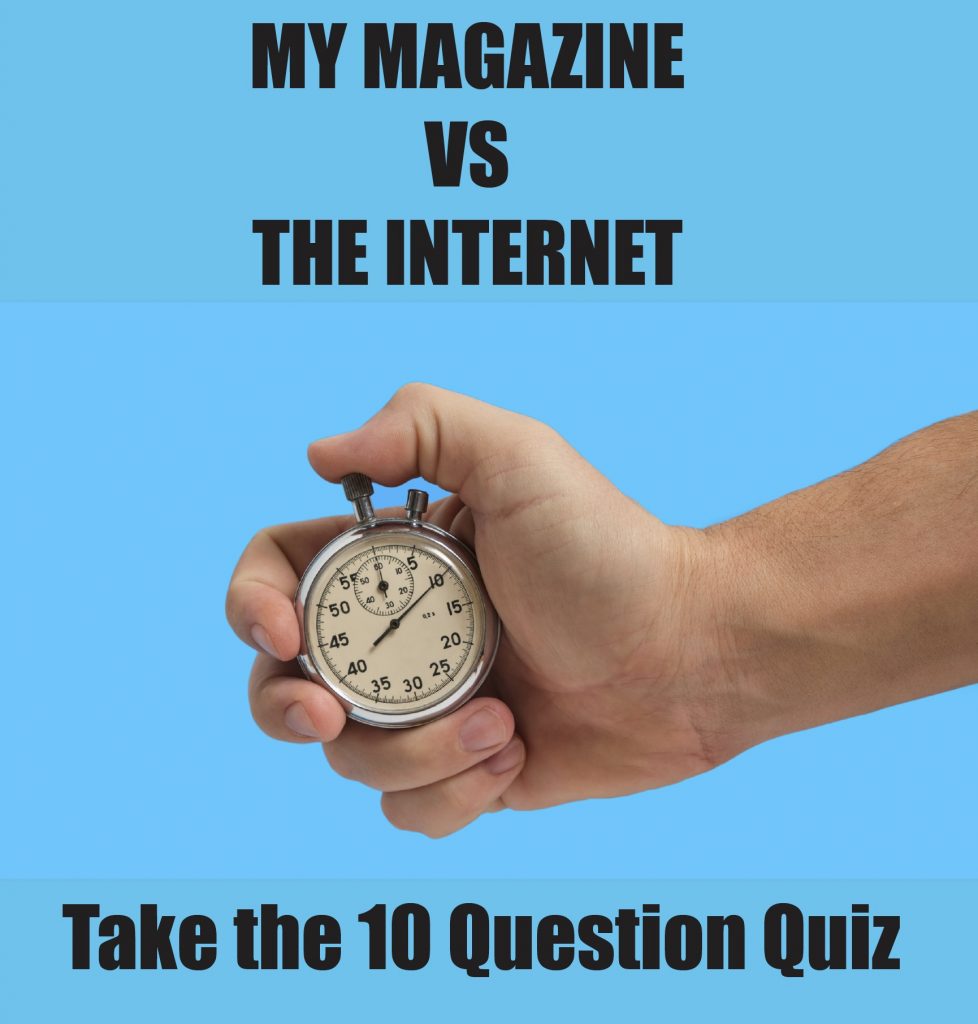 My Magazine is faster reference than the Internet!

This is the 28th year of the Phil Steele College Football Preview. Many magazines are going by the wayside with many people preferring the quick easy access of the internet to get their information. Back in 1995 when my magazine started there were about 20 magazines that were out there with titles like Football Action, Football Digest, Bob Griese, Game Play, Score, Street and Smith, The Sporting News, Inside Sports, College Preview, Jim Feist, Athlon, Lindy’s and Sports Illustrated. One by one these magazines have disappeared from the shelves. Even the venerable Street and Smith and Sporting News are long gone. A trip to the bookstore might find three or four College Football Previews that get printed and distributed today.

I read one of my internet competitors wrote that the magazine has basically stayed in the same format for the last 20+ years and that I need to change from year to year. I strongly disagree with that statement and there is a reason that my magazine sales continue to rise each even though the printed word has been fading from the marketplace. There is a reason that every college football radio announcer or TV member uses the magazine and has it on hand for every show. The magazine is actually quicker and easier reference than the internet!

My college magazine has every piece of information you need to know about this year’s teams and there is no need to go to the internet to look anything up. We have the same amount of coverage on Texas State or Buffalo that we have on Alabama and Ohio State with two full pages. The information is on the same spot on every page, so you know exactly where to look. Do you want to know a score or a spread from the last five years on a specific game. You know exactly the spot of the page to look for all 131 teams including James Madison where we have the last five years spreads. Do you want to know this year’s schedule for any team and get a series history update on all 12 matchups? It is on every right-hand page in the same spot. Who were the top rushers, receivers, and defensive players from last year and are they returning? Just go to the right-hand page and look at the individual stats and the players in bold are back and the players not bolded are gone. Want to see how the team’s record has fared the last 10 years straight up overall, at home or on the road. You know where to look. Want to know how the team has fared Against the Spread as a home favorite, home dog, away favorite, away dog, vs conference, off a SU win or off a SU loss, It is all there year by year for the last 10 years. Want to know how a team’s offense or defense has fared statistically in 9 different categories over the last seven years? You know where to look. Want to know the returning starters for each team? You can trust the source as some schools list 9 Offensive Starters returning and 5 Offensive starters lost. That adds up to 14 and last time I checked each team only starts 11. We give you a four deep Projected Starting Lineup for every team with the players in ALL CAPS returning starters. We give you the most in-depth writeup on each position and this year I talked to roughly 120 of the 131 head coaches with each call averaging about an hour. This makes these unit writeups the most accurate out there.

QUESTION 1. – Two-part question – What is Dino Babers straight up record at Syracuse and what is his career record straight up vs ranked teams?

QUESTION 2. – Two-part question – Over the last 5 years what is Ball State’s record vs Eastern Michigan and what was the final score and the spread in their meeting in 2017?

QUESTION 3. – Who is the starting center for Minnesota?

QUESTION 5. – Of Cincinnati’s top 8 tacklers last year, how many of them return?

QUESTION 6. – Two-part question – What was Utah’s top rushing effort vs a Pac 12 foe last year and how many yards rush per game did they average in Pac 12 play?

QUESTION 7.– How many road games does Michigan play prior to playing Ohio State in Columbus?

QUESTION 8. – Two-part Question – What is Army’s All-time record in bowl games and how many of those has Jeff Monken been the head coach for and what is his record?

QUESTION 9. – How many ranked foes did Fresno State take on last year and what was their record against the Las Vegas Spread in those?

QUESTION 10. – Who are the top 3 teams in Career Starts returning on the offensive line for 2022?

Now write down your time that it took you to look up these questions in my magazine.

Now take reset your stopwatch and take the same test finding the information on the internet. GO.

NOTE you cannot use the digital version of my magazine and count that as the internet. The information must come from other sources.

I just took the test, and my time was 3:33 using my magazine. I realize I have an edge in that I designed the magazine and I wrote the questions. I had Chris who has been on staff for years and it took him 5:43. I had Jacob who is brand new to the staff and it took him 12:10. I then had Jacob look it up on the internet and he was just on question 5m when the 12:10 limit hit.

I would like to know your results. Please post them on my twitter @philsteele042. I would love to hear your times and if my claim that my magazine is faster than the internet is true.

Remember I have a new daily blog each and every day this year so stop back to philsteele.com and check it out each day. Also did you know the digital magazine is updated all the way thru the start of the football season. We circle players that are out for the year, add in any new transfers and update position outlooks for each team. If you want to get the digital magazine along with your hard copy you can purchase it Here.