The 70th season of ACC Football will feature 56 league games and 56 non-conference contests. Each team will play eight league contests, which includes six division games, one permanent non-division opponent and one rotating opponent from the opposite division. The 2022 schedule includes a minimum of one open date for each team, and at least one conference contest is scheduled each week, except for Week Zero. Full release Here. 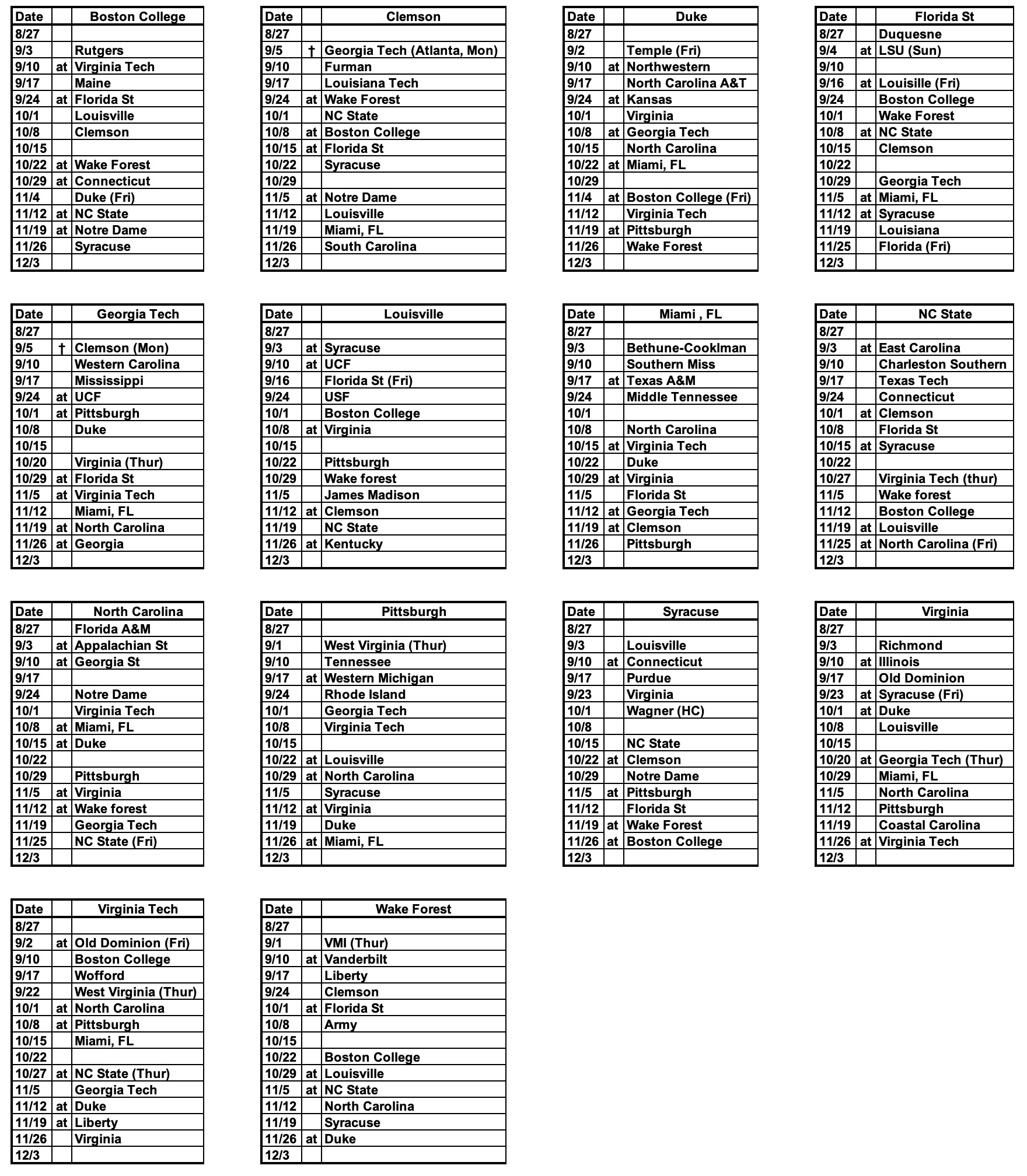