Phil Steele is the publisher and editor of “Phil Steele’s College Football Preview,” the most informative and most accurate preseason magazine on the market today and the book the experts cannot do without.

Phil is proud to be publishing the 28th edition of “Phil Steele’s College Football Preview” in 2022. In 2011, he released his first National Coach of the Year Award for the FBS. The inaugural winner was Bill Snyder of Kansas State, who led the Wildcats to a 10-win season after they had not topped 7 wins the previous seven seasons. This year Phil is proud to announce that the 11th annual winner of the National Collegiate Coach of the Year for 2021 is Kirby Smart of the Georgia Bulldogs!

Georgia last won the national title in 1980, and the Bulldog fans had waited 41 years to return to the top. 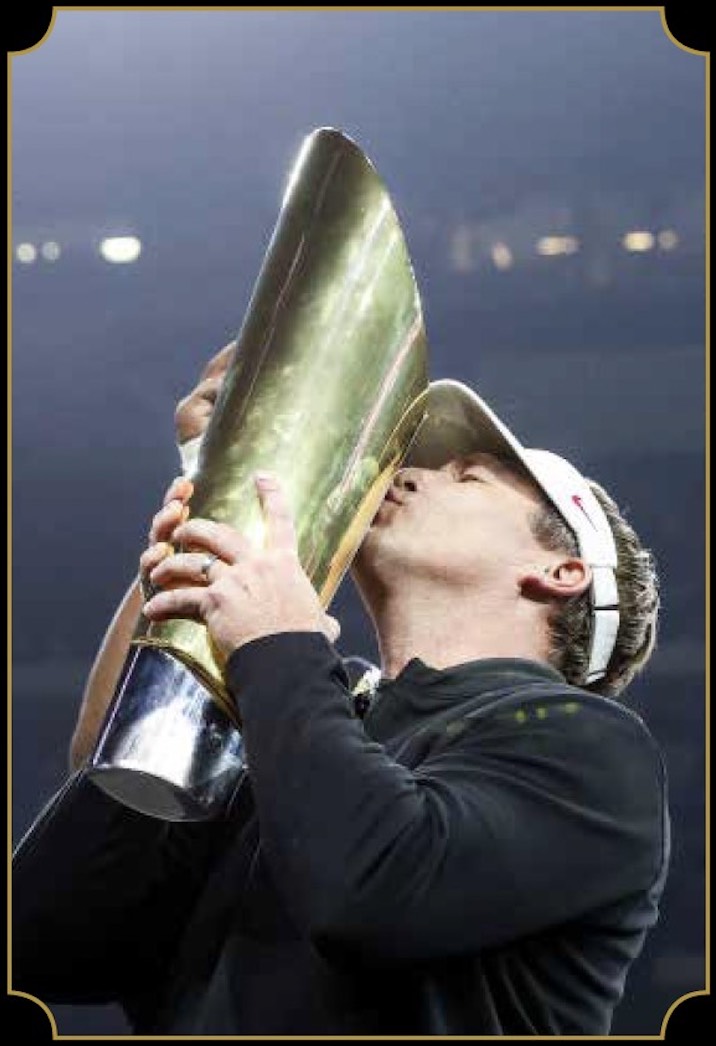 Coach Smart did an exceptional job building this team with top recruiting classes each year. Georgia has had some close calls and some “almosts” the past couple of years, with Alabama getting some late comeback wins to spoil their chances of winning it all.

2021 was a turbulent year in college football where an AP record 14 teams from the preseason Top 25 finished the year unranked. Every week, there were upsets across the college football landscape, with many of the powers suffering multiple loss seasons.

Coach Smart did an excellent job of having the Bulldogs dominant every week during the regular season, going a perfect 12-0 and winning their games by 33.8 points per game, and having the top defense in the country. After a loss in the SEC title game, Coach Smart got the Bulldogs to dominate Michigan in the semi-finals and finally get past their nemesis Alabama to win the national championship!

Congratulations to Kirby Smart, the 2021 Phil Steele National Coach of the Year!