The 2022 football season is set to open on Thursday, September 1, as ARIZONA STATE hosts Northern Arizona.  COLORADO will host TCU from the Big 12 on Friday, September 2 while the other 10 schools will open their season on Saturday, September 3.

Here is the Full Release. 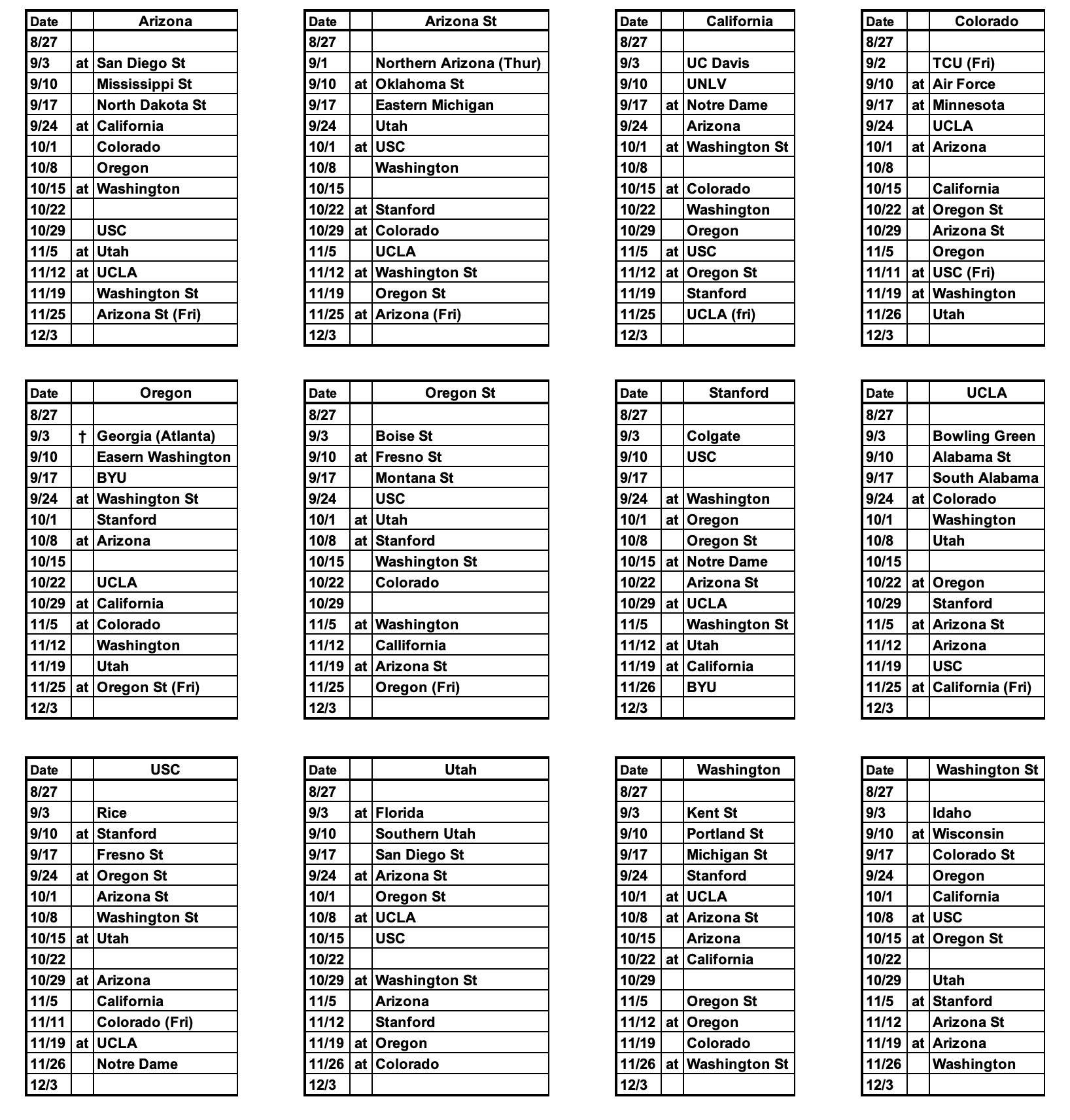