There are a few ways to look at College Totals. The first one is that it is more fun to play the Over in College Football. You can win you bet early third quarter and not have to worry about it anymore. No matter which team has the ball you root for big plays. Even if you have very little chance of the game going over, Overtime can deliver the win for you. Playing an Under means that the game is not over until it is over. Big plays either offense or defense can turn an Under to an over in a minute.

With the above paragraph you would think that Vegas could inflate each total a little above what it should be which actually gives value to playing Unders during the week. Every 4 OT game that goes over has the announcers wondering why anyone would play a College Under which should give more value to the Unders.

I went back and looked at every total that was posted 2004. I went into the search of my database thinking that Unders would be a favorable play but as always Vegas has done a great job balancing totals and the final results showed Unders with 6596 and Overs at 6350 with 142 pushes meaning that there were more Unders but only 51% which as I mentioned in previous blogs you need to hit 52.5% to just break even given the juice that the Casinos take. 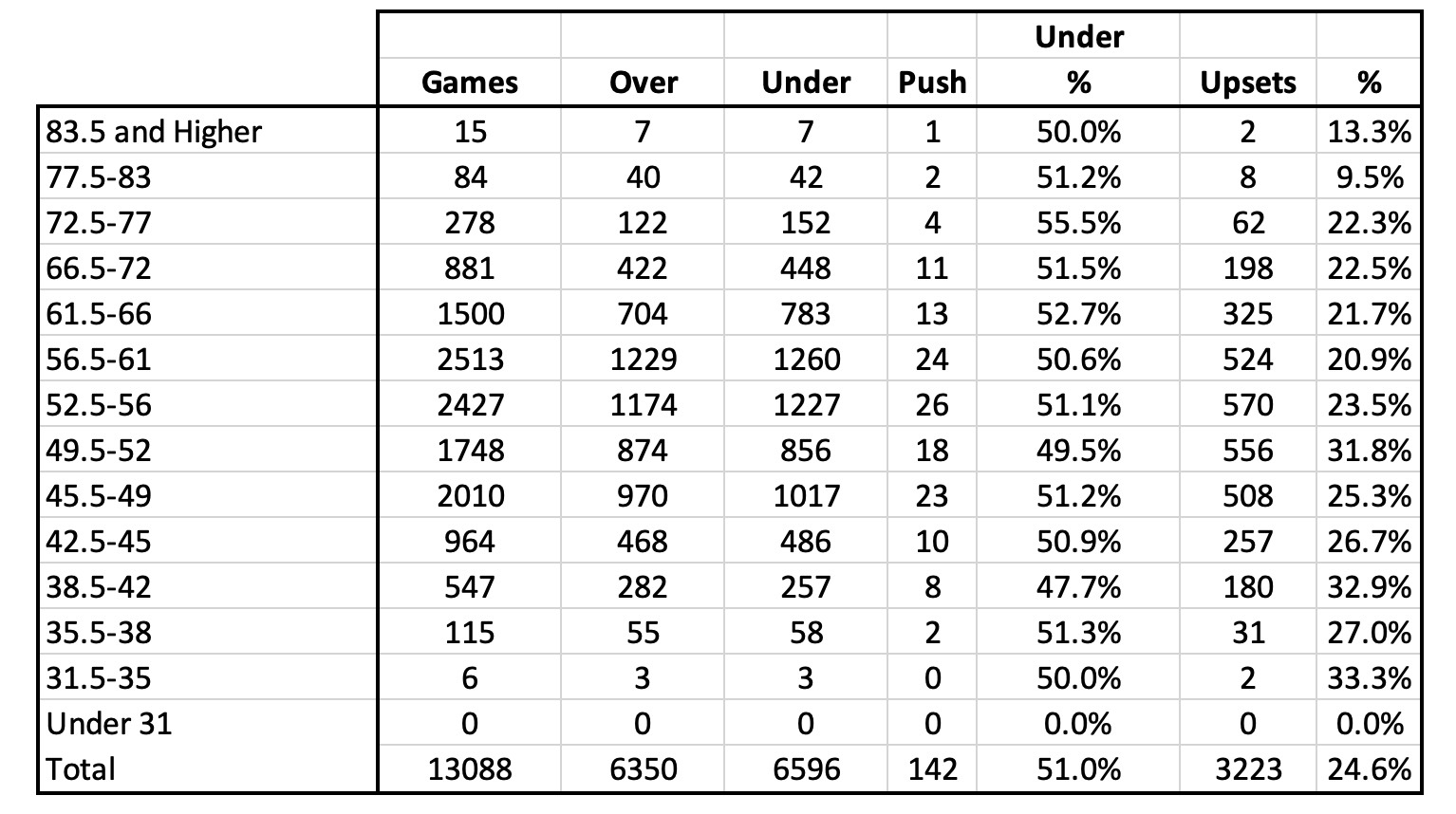 The best category came when the total was 72.5-77 as those games went Under 55.5% of the time. I did this chart after I did my upset Chart so I also checked if there was a higher number of upsets when the total was high or low. I would have thought that the higher the total the more chance of an upset as the underdog would have a punchers chance in a shootout. It turns out that the lower scoring games had a higher % of upsets but nothing significant.

Once again Vegas’s job is to get 50% of the action on one side and 50% on the other and once again they have done a great job with totals.