Naturally there are different levels of underdogs and if you know me by now, you know that I will head to my computer and get all the details. There has been a lot of college football played since 1997, 24-years worth of games.

Now let’s look at the chances of a team winning if they are installed as an underdog of 24.5 to 35 points. Since 1997 there have been 1841 teams that have been favored by 24.5 to 35 points in a game. You would expect the underdogs would have a better chance of winning outright than the above teams and naturally they do. In that span 59 teams that have been favored by that margin have lost straight up. Last year the biggest upset was Kansas St +27.5 upsetting Oklahoma 38-35. Maryland was +27 but pulled an upset of Penn State. The amount of upsets did not go up as much as I thought they would as upsets occurred only 3.2% of the time.

You would figure that the percentage of upsets in the 17.5 to 24 point favorites level would go up drastically from that 3.2% in the previous category. Since 1997 there have been 2,239 teams that have been favored by 17.5 to 24 points. I am still a little surprised that there were only 156 upsets in this level of favorites over the 24-year span. That is just 6.97% upsets, which comes out to 1 upset loss for every 14.4 teams that are favored by 17.5 to 24 points. Last year there were six such upsets. LSU was +23.5 and thanks in part to a shoe toss upset Florida. Michigan St was +22 but took down rival Michigan. Rice was +22 and stunned a ranked undefeated Marshall on the road. Tulsa was +20.5 but upset UCF for a 2nd straight year. Maryland was the first team in FBS history (established 1979) to win consecutive games as a dog of 18+ when they upset Minnesota as a 20.5 dog then Penn St listed above the next week. The other was when New Mexico +18 took down Wyoming.

I will start breaking it down into smaller categories as we continue to go down in level of favoritism. The next category to look at are teams that are favored by 14.5 (more than 2 TD’s) to 17 points. Since 1997 there have been 1454 teams that have been favored by 14.5 to 17 points in a game. Of the 1454 teams favored by this amount 192 have lost the game outright. That is almost double the odds as the category above as 13.2% of the teams favored by 14.5 to 17 points lose outright and an upset occurs 1 time for every 7.6 games played in that level. There were only 6 such upsets last year including Arkansas +17 upsetting Miss St.

Here is a quick chart showing the chances of a team winning outright depending on where Las Vegas sets the line. 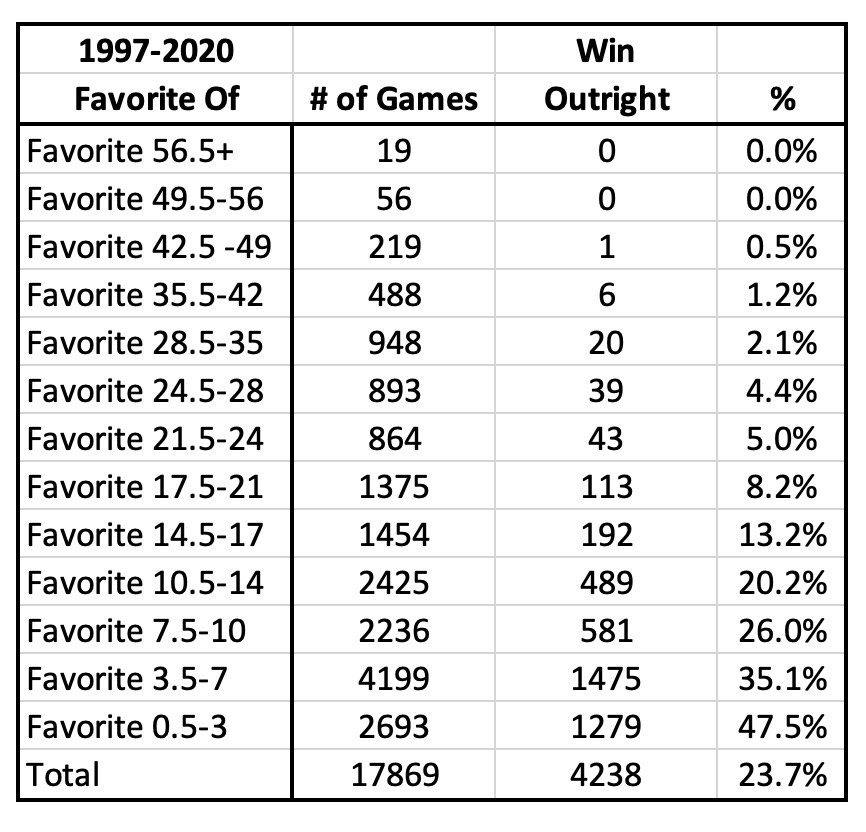 Now instead of looking at 24 years of data, Here is a look at the 5 year period from 2009-13. The numbers were very similar the numbers above. 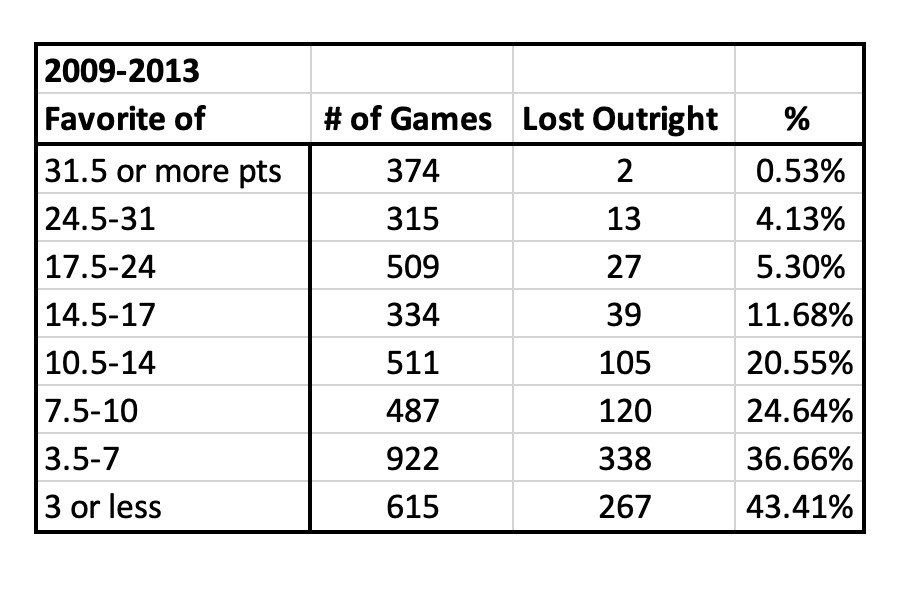 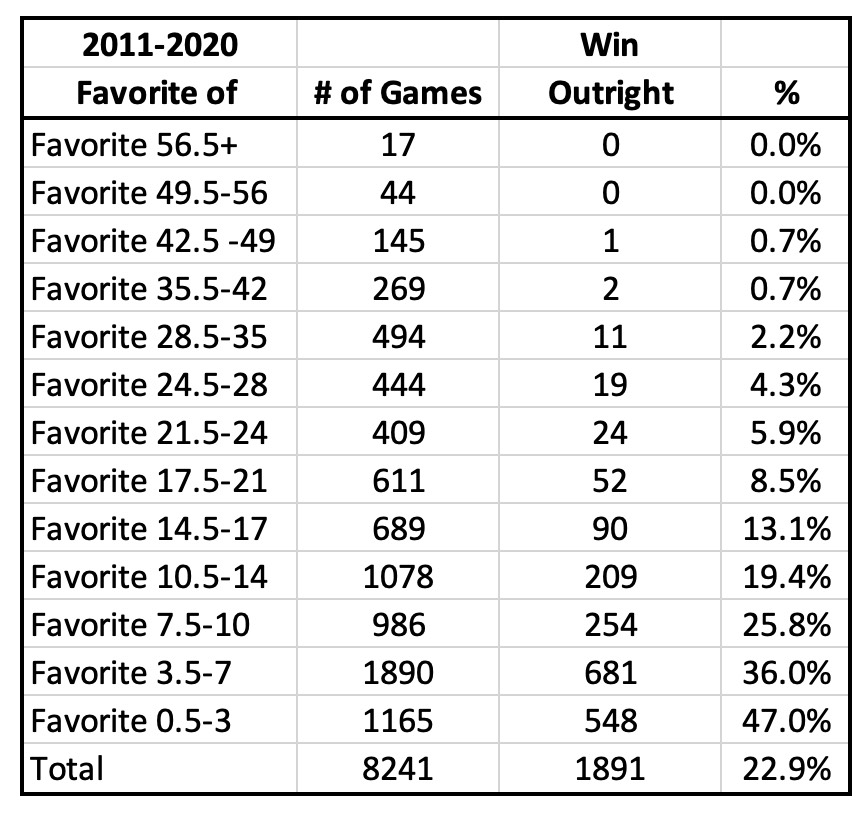 As you can see the numbers continue to remain consistent and not number was really off than more than 1% so we are not trending in any direction just staying steady so this years upset numbers should remain consistent.