Each year in my magazine and usually in my summer blog series, I list the teams that lost the most or fewest games due to injuries or disciplinary reasons. Although certain programs are better at keeping players healthy, while other programs tend to screen more rigorously for character (or perhaps are more lenient on punishment), the inclusion of a team on either list is generally attributable to good old-fashioned luck.

I re-evaluate every article and tweak some parameters. I adjusted the starts lost threshold to 34 or more (from 32) and 5 or less (from 6) two years ago. I also found that NO team with 10 or more wins, when also having 34 or more starts lost, improved therefore they were omitted. Here I list the results for this system for the last 14 years.

This past year was the most unusual year in College Football history. I had to make some tweaks to the fewest starts lost box. Following injuries thru the years, the majority of them happen late in the year of a 12-13 game season when as coaches say “everybody is banged up”. Therefore, I eliminated the teams that only played 2-7 games last year. This past year players not only missed games due to injuries but Covid positive tests as well. I moved the starts lost from 5 up to 8 for the teams that played nearly a full schedule and 3 teams did qualify for the box under these parameters. 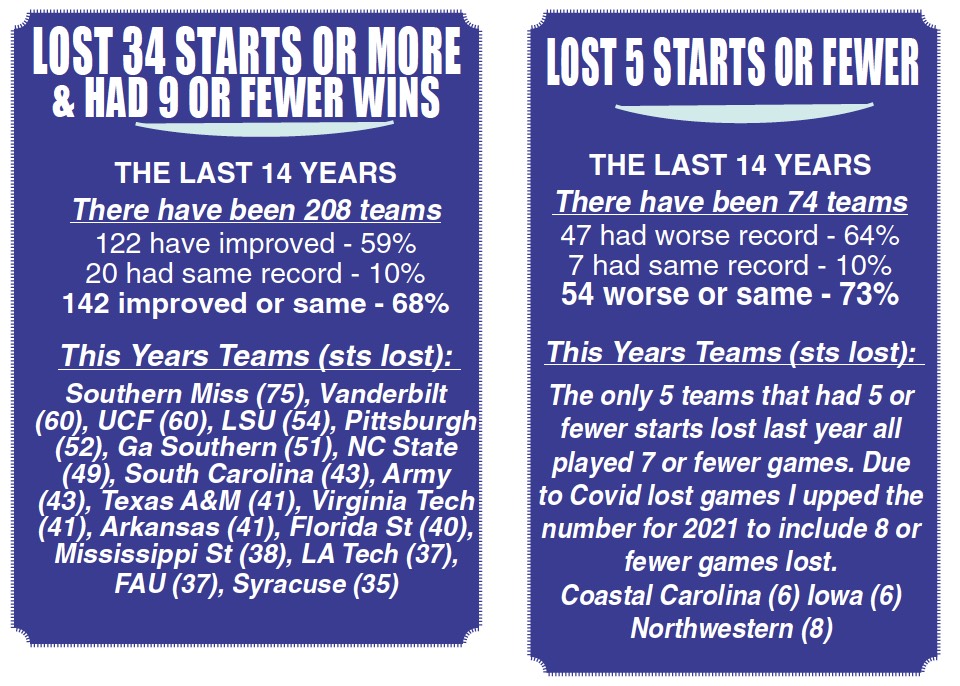 Here is my complete list of 2020 Starters Lost to Injury. Red highlight has your teams with 5 or less starters lost on the season (meaning they are likely headed for a weaker record). Green highlight is your teams with 34 or more starters lost and 9 or fewer wins on the season meaning they should have better fortune this year and improve their record. 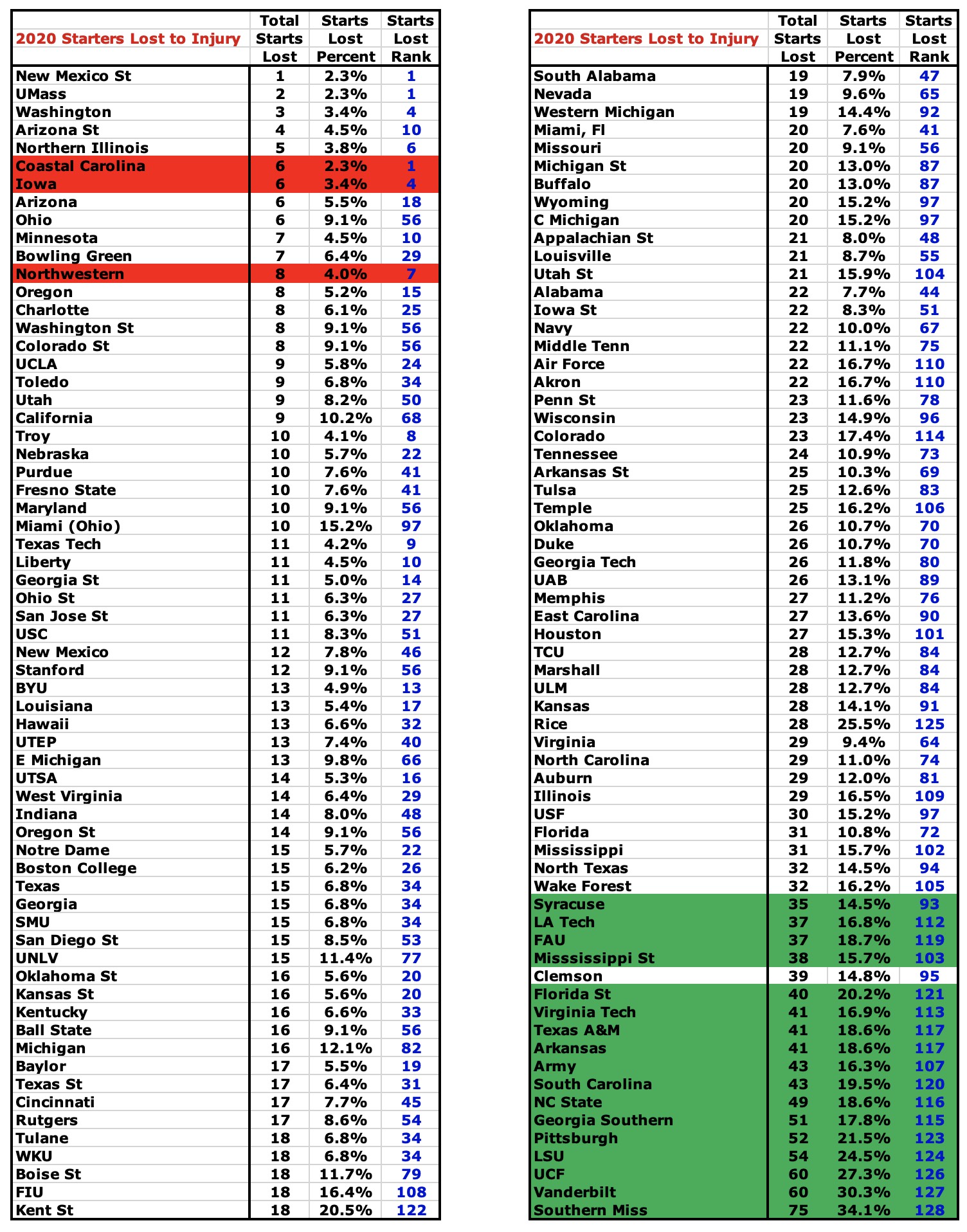