In the beginning of April and the final few FBS conferences came out with their 2021 football schedules. Now that all have been released the debate over which team plays the toughest schedule can begin.

First of all, we are coming off the most unusual college football season ever. Every Spring I have posted this chart and the records are 100% final. This year the FCS is playing spring football and some teams are facing FCS teams in the Fall. Todays chart has the updated records for all FCS schools as of April 1st. I will continue to update it in the spring guide after each weeks games. The number changes will probably only change the percentages by a few tenths so the positions will pretty much remain the same.

There are many ways to calculate schedule strength.  The most commonly used method is to combine opponents’ records from the previous season. Using this metric the toughest 2021 schedule belongs to UMass, whose opponents won 65.9% of their games in 2020. Followed by Arkansas (64.3%) and Navy (63.2%). You can see by using this measurement Coastal Carolina (37.3%), Northwestern (38.7%) and Kentucky (39.4%) have the easiest schedules for 2021.

I want to remind you that this is the NCAA’s method, not mine. Prior to 2019, this method said that Arizona St was facing the 113th most challenging schedule as their opponents won only 45.3% of their games in 2018. I had Arizona St 64 spots higher and 7 of 12 of their opponents went on to play in bowl games, they faced 4 ranked teams and ended up taking on the 44th toughest schedule. It’s pretty clear that there were not 112 schedules tougher than Arizona State’s.

Opponents who finished last year in the Top 25?  Florida St, Georgia Tech, Nebraska, Purdue, Kansas and Baylor lead the way with 5 games vs teams that finished in the Top 25 last year.

Here is the complete list of all 130 FBS teams with their cumulative record for each opponent they face this year, the total amount of ranked teams, bowl teams, and teams with a winning record. I will have my final schedule strength for 2021 in the magazine which will be mailed out of our offices starting on June 23rd! 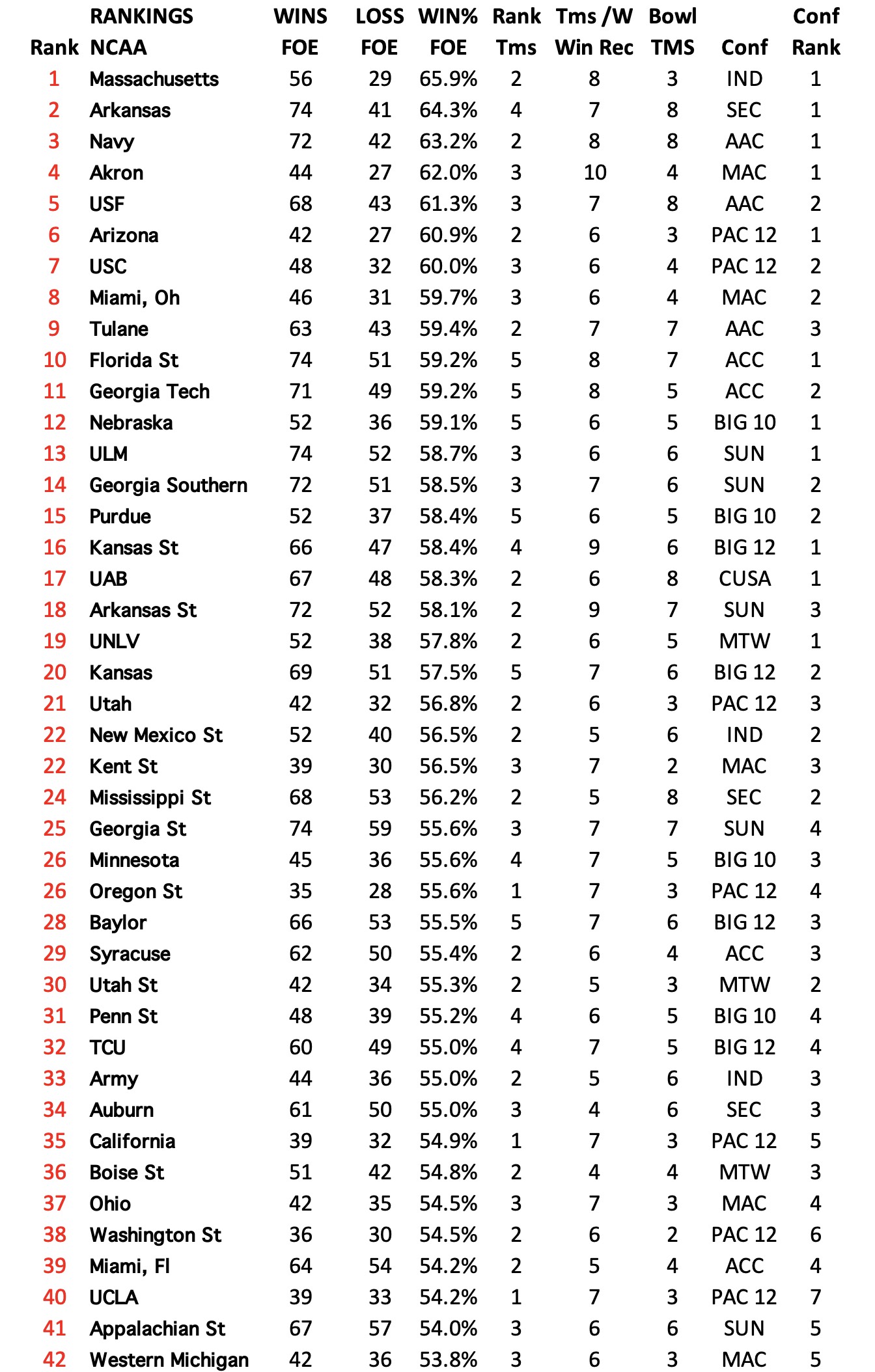 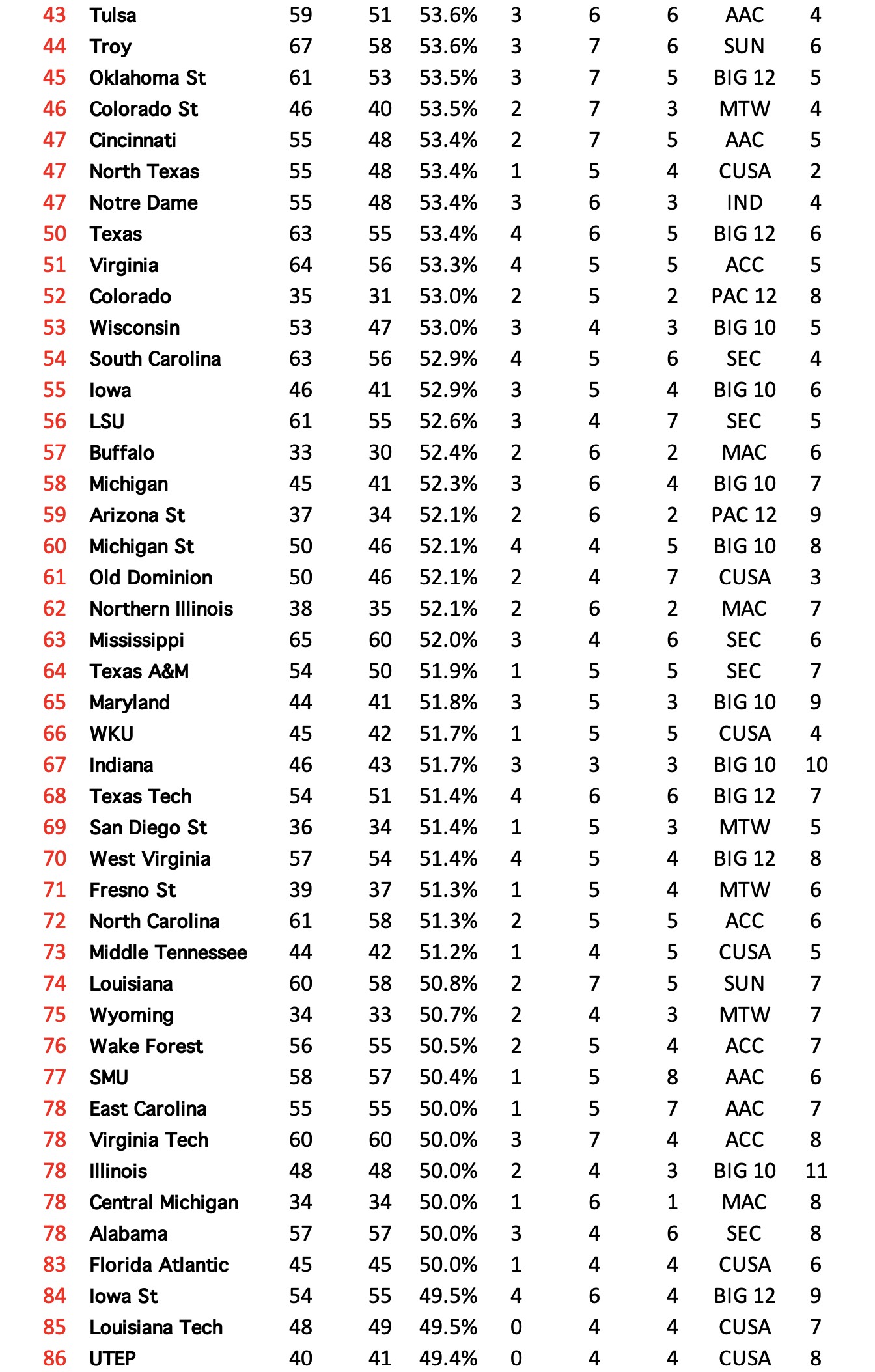 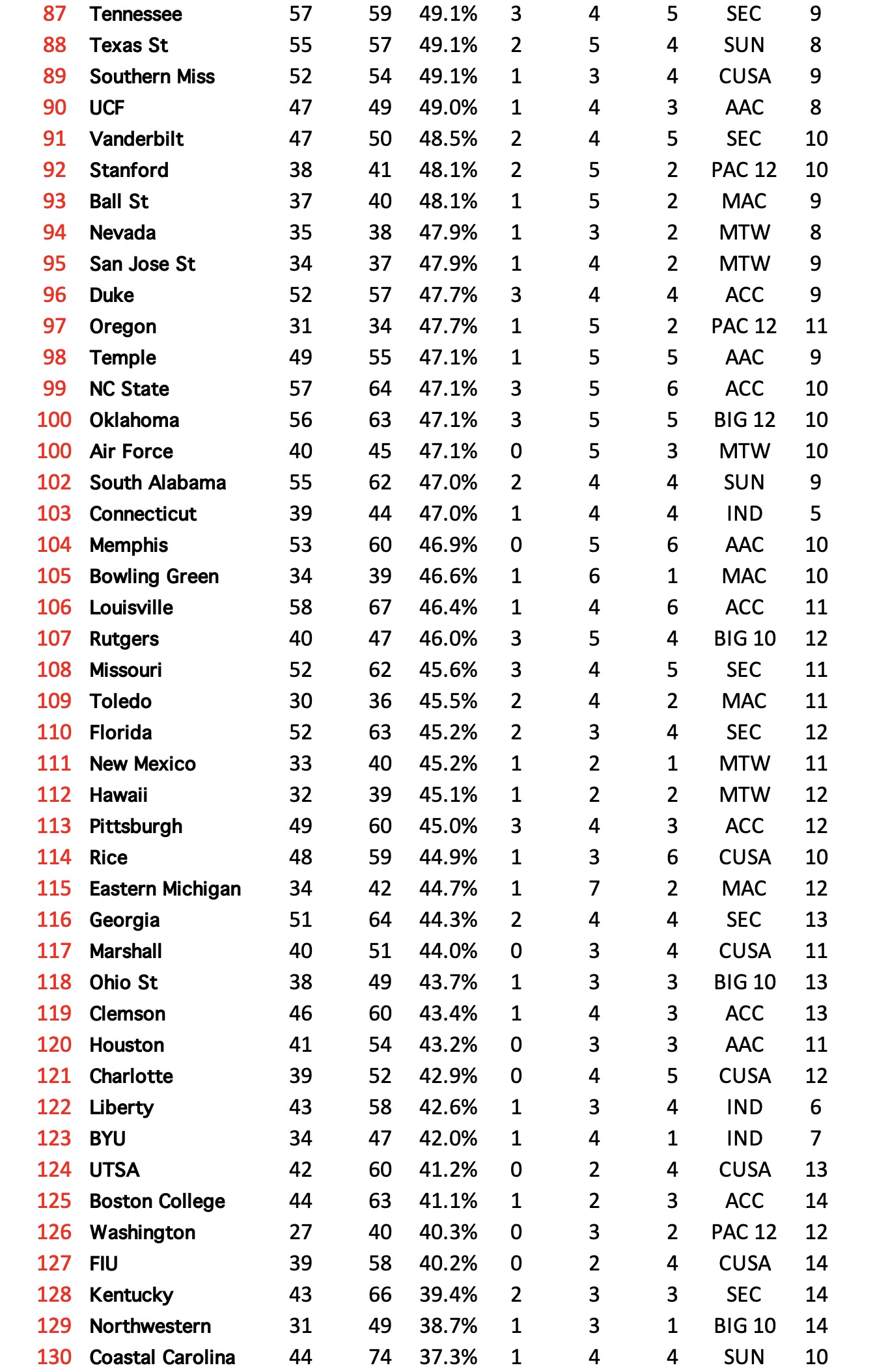