The league membership also elected to play the 2021 season as it was originally scheduled and as a result, there are several repeat site games from 2019 and 2020. Each ACC team will play six division games, one permanent crossover opponent and one rotating opponent from the opposite division. Here is the Full Release.

Here are the 2021 ACC Football Schedules: 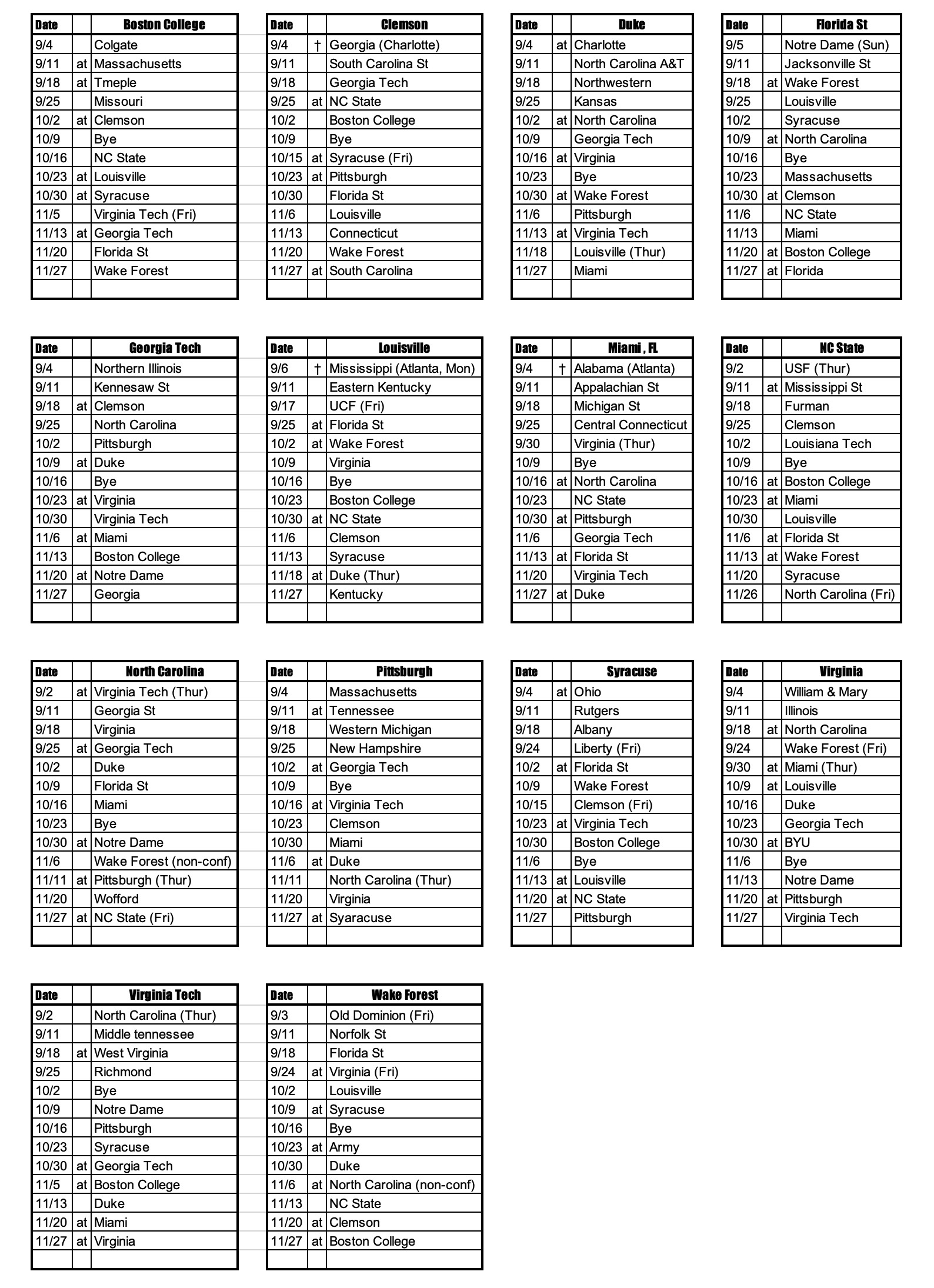