This is not the AP poll but gives you an idea of how much teams would be favored over another team if they met on a neutral field. I use these to get an idea of lines on upcoming games. Keep in mind just because a team beat someone last week does not mean they would be favored over them in the Vegas ratings. Two weeks ago BYU was a double-digit favorite at Coastal Carolina and lost by 5. Everyone including the committee and AP has Coastal rated above BYU. Keep in mind BYU was one yard away from a win. If the two matched up this week at a neutral site, BYU would be favored again. Clemson lost to Notre Dame but the Vegas power ratings had Clemson 10 points stronger last week and they were favored by 10. Both the AP and CFB rankings both had the undefeated Irish at #2 and ranked ahead of Clemson! Iowa St was #6 in the CFB rankings and Oklahoma was just #10. Both teams have two losses and the Cyclones won the head to head meeting. In the Vegas power ratings, Oklahoma was at 128.71 and Iowa St is at 123.54. The line on last weeks game was Oklahoma -5.5. The Vegas ratings do not have to figure in any head to head matchups, just whom the favorite would be at a neutral site.

Here are this weeks’ 2020 Vegas Power Rankings and Happy Holidays! 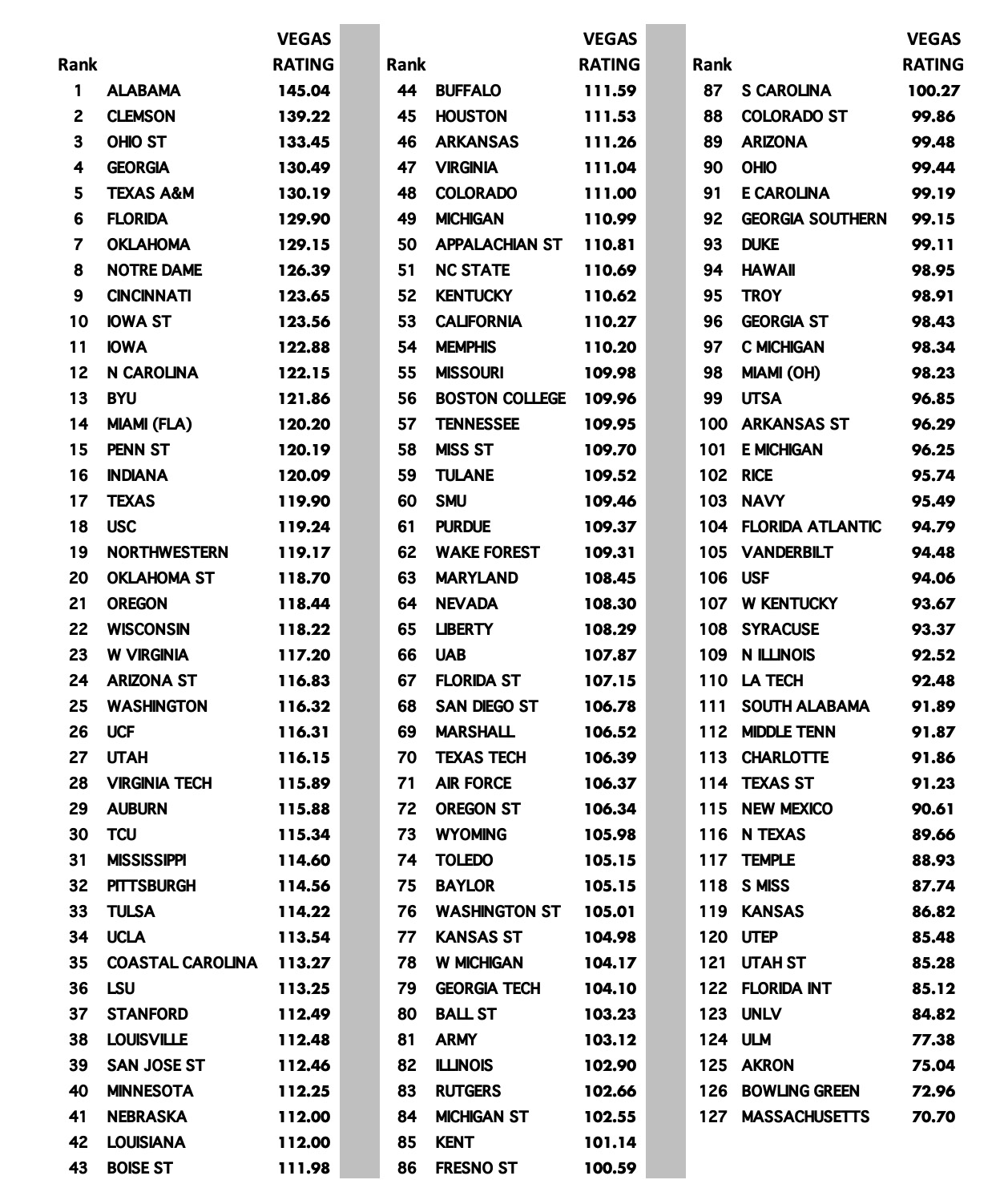