This is not the AP poll but gives you an idea of how much teams would be favored over another team if they met on a neutral field. I use these to get an idea of lines on upcoming games. Keep in mind just because a team beat someone last week does not mean they would be favored over them in the Vegas ratings. Last week BYU was a double-digit favorite at Coastal Carolina and lost by 5. Everyone including the committee and AP has Coastal rated above BYU. Keep in mind BYU was one yard away from a win. If the two matched up this week at a neutral site, BYU would be favored again. Clemson lost to Notre Dame but if they met again Clemson would be favored by about a TD so they are ranked higher in the Vegas ratings. Both the AP and CFB rankings both have the undefeated Irish at #2 and ranked ahead of Clemson! Six weeks I pointed out that Oklahoma St was the only undefeated team in the Big 12 and #6 in the AP poll but was just #16 in the Vegas Poll and the Cowboys undefeated season ended and last week they were crushed by Oklahoma and are now a 6-3 team. The Vegas ratings do not have to figure in any head to head matchups, just whom the favorite would be at a neutral site. 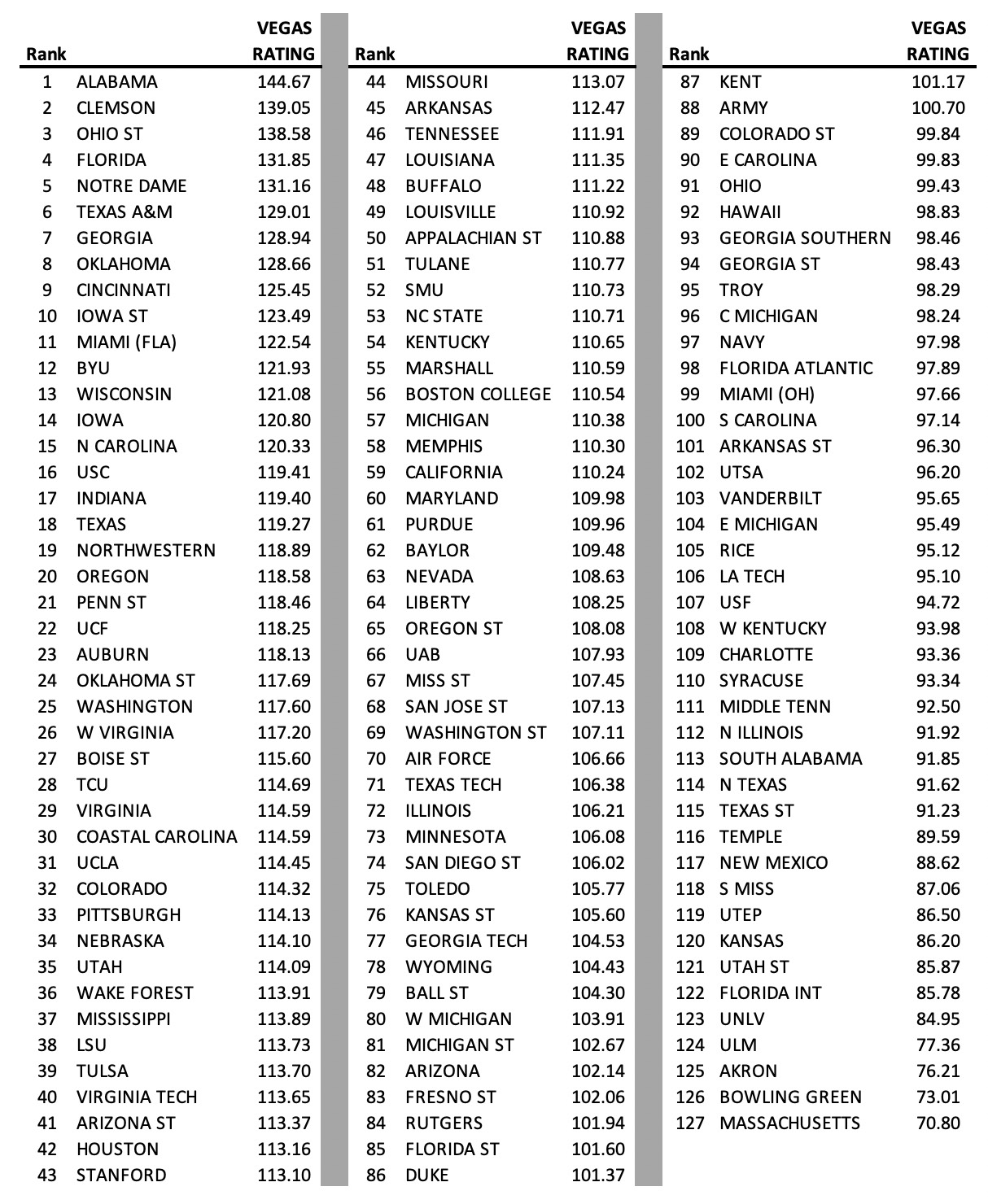