Now that all the teams have started their seasons and many games have been played, I will post these numbers weekly. This is not the AP poll but gives you an idea of how much teams would be favored over another team if they met on a neutral field. I use these to get an idea of lines on upcoming games. Keep in mind just because a team beat someone last week does not mean they would be favored over them in the Vegas ratings. A couple of examples. Iowa St is 5-2 and beat Oklahoma outright and the Sooners are 5-2. The Sooners are #5 in the Vegas ratings and Iowa St is #14 and Oklahoma would be favored in a rematch. Four weeks ago, Florida St beat North Carolina as a two TD dog. North Carolina would be a 18-point favorite in a rematch. Three weeks I pointed out that Oklahoma St was the only undefeated team in the Big 12 and #6 in the AP poll but was just #16 in the Vegas Poll and the Cowboys undefeated season ended. Coastal Carolina is undefeated and has been impressive and deserves to be in the AP Top 25 (#16 this week) but they are just #49 in the Vegas power ratings. Clemson just lost to Notre Dame but if they met again Clemson would be favored so they are ranked higher in the Vegas ratings. Liberty is #21 in the AP ratings and they deserve to be there at #21. NC State is rated higher in the Vegas Power ratings and are favored over #68 Liberty.

Here is this year’s fifth edition of my 2020 Vegas Power Rankings. 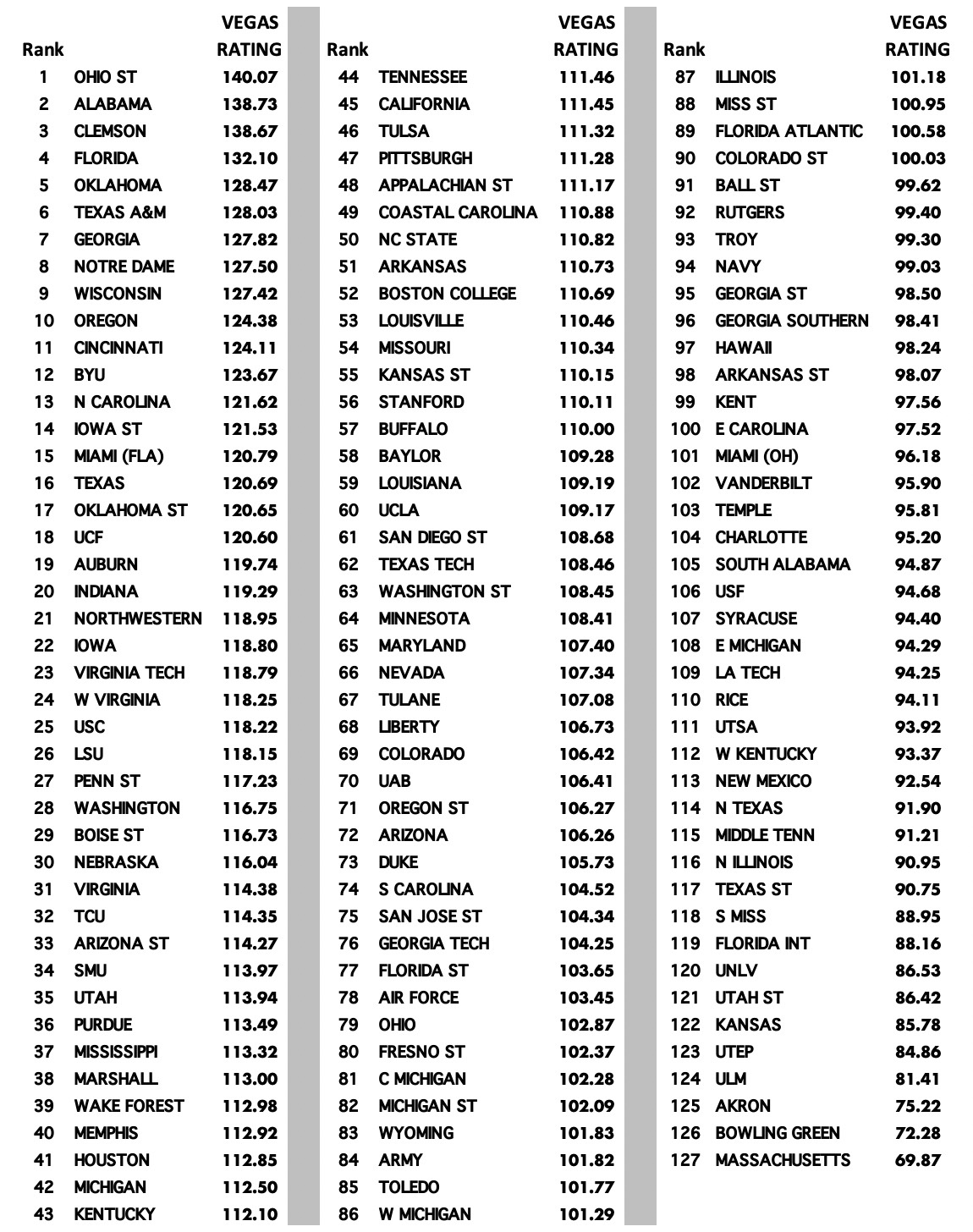