Now that all the teams have started their seasons and many games have been played, I will post these numbers weekly. This is not the AP poll but gives you an idea of how much teams would be favored over another team if they met on a neutral field. I use these to get an idea of lines on upcoming games. Keep in mind just because a team beat someone last week does not mean they would be favored over them in the Vegas ratings. A couple of examples. Iowa St is 5-2 and beat Oklahoma outright and the Sooners are 5-2. The Sooners are #5 in the Vegas ratings and Iowa St is #16. Four weeks ago Florida St beat North Carolina as a two TD dog. North Carolina would be a 16-point favorite in a rematch. Two weeks I pointed out that Oklahoma St was the only undefeated team in the Big 12 and #6 in the AP poll but was just #16 in the Vegas Poll and the Cowboys undefeated season ended. Coastal Carolina is undefeated and has been impressive and deserves to be in the AP Top 25 (#15 this week) but they are just #53 in the Vegas power ratings. Clemson just lost to Notre Dame but if they met again Clemson would be favored so they are ranked higher in the Vegas ratings.

Here is this year’s fourth edition of my 2020 Vegas Power Rankings. 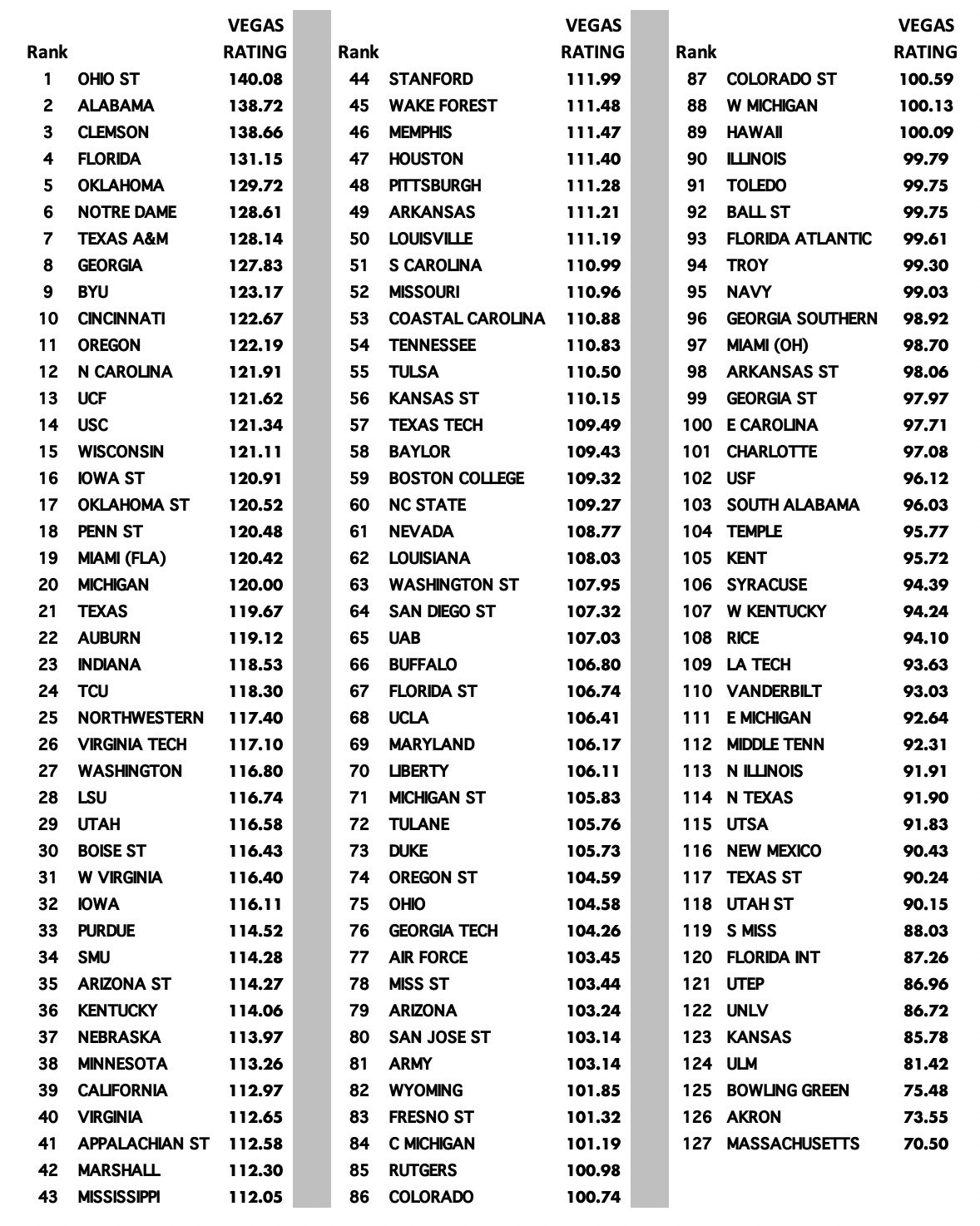