When I worked for ESPN full time, I put out a weekly article entitled the Vegas Power Ratings. I still have all the sources that I used to produce that article as it featured my plus/minus ratings which closely resemble Vegas’s numbers as well as three different casinos including the fine folks over at the Westgate Las Vegas Sportsbook @SuperBookSports. Now that all the teams will be kicking off shortly and many games have been played, I will post these numbers weekly. This is not the AP poll but gives you an idea of how much teams would be favored over another team if they met on a neutral field. I use these to get an idea of lines on upcoming games. 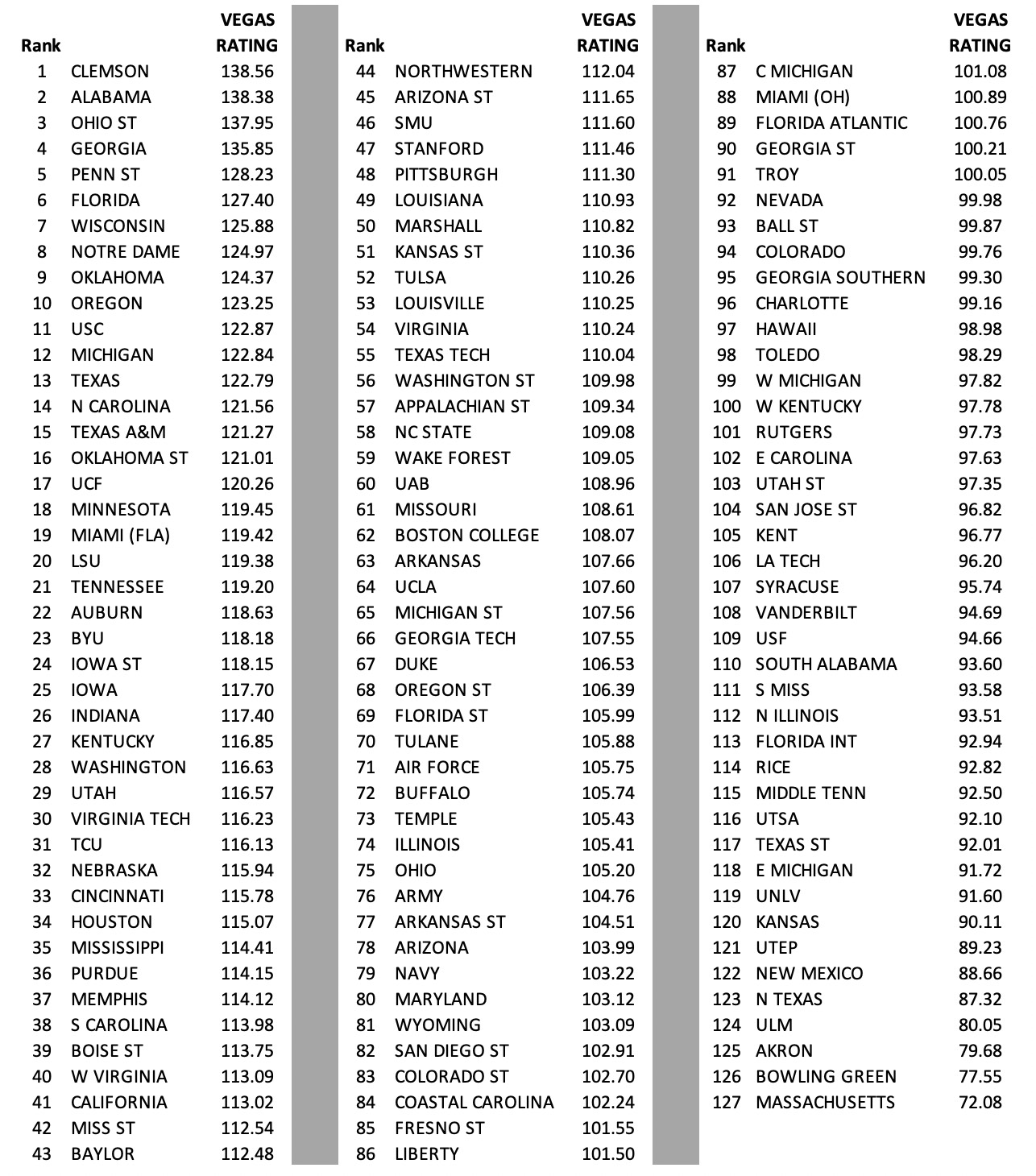