I find this chart to be very interesting every year. How it’s devised is if you beat an FBS opponent you get credit for all their wins over their FBS opponents.

In this first chart below you can see Strength of Wins. Ohio St and LSU now both hold the #1 spot. Ohio St has wins over FAU, Cincinnati, Indiana, Miami, Oh, Nebraska, Michigan St, Northwestern, Wisconsin, Maryland and Rutgers and those teams have a total of 48 wins. LSU has wins over Georgia Southern, Texas, Vanderbilt, Utah St, Florida, Miss St, Auburn, Alabama, and Mississippi and those teams also have a total of 48 wins. My chart this week grades 7 teams as having credit with a win but their foes have not won a single game vs a FBS foe.

Here is the Complete list of Strength of Wins with rank: Games Played thru 11/16/19 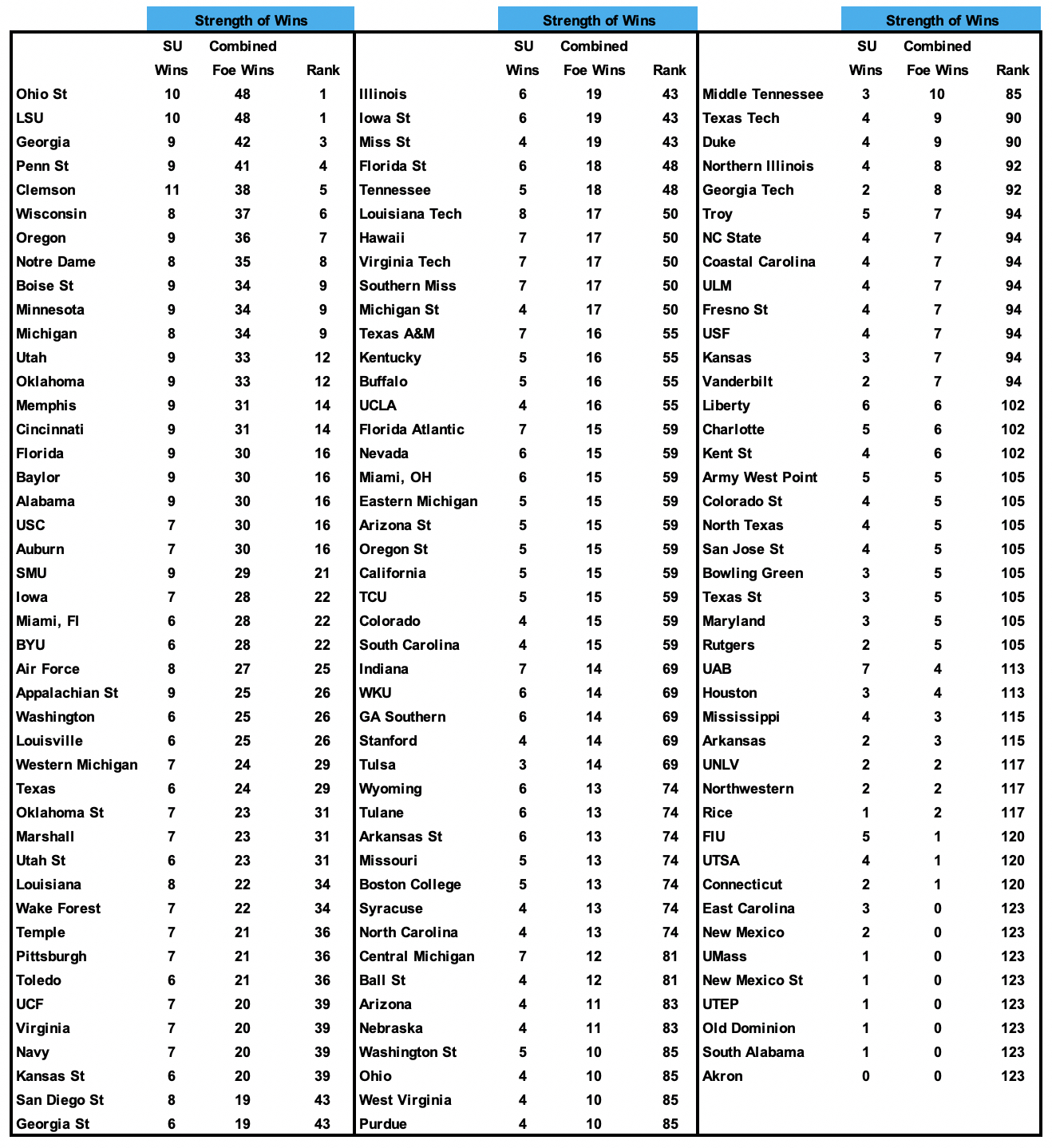 This next chart we will go over is the Pain of Losses. Here if you lose to an opponent you get credit for all their losses. At the bottom of the list you can see there are 5 teams unbeaten. UMass is on top of this list with a combined 56 foe losses. UMass foe losses include Rutgers, Southern Illinois, Charlotte, Coastal Carolina, FIU, Louisiana Tech, Connecticut, Liberty, Army and Northwestern. UMass does not get credit for their win over Akron because they are still winless. Unlike the Strength of Wins chart, the Pain of Losses chart does include a loss to an FCS foe. I count that loss a 4 towards the combined foe loss record due to the weakness of the opponent.

Here is your complete Pain of Losses Chart with rank: Games Played thru 11/16/19 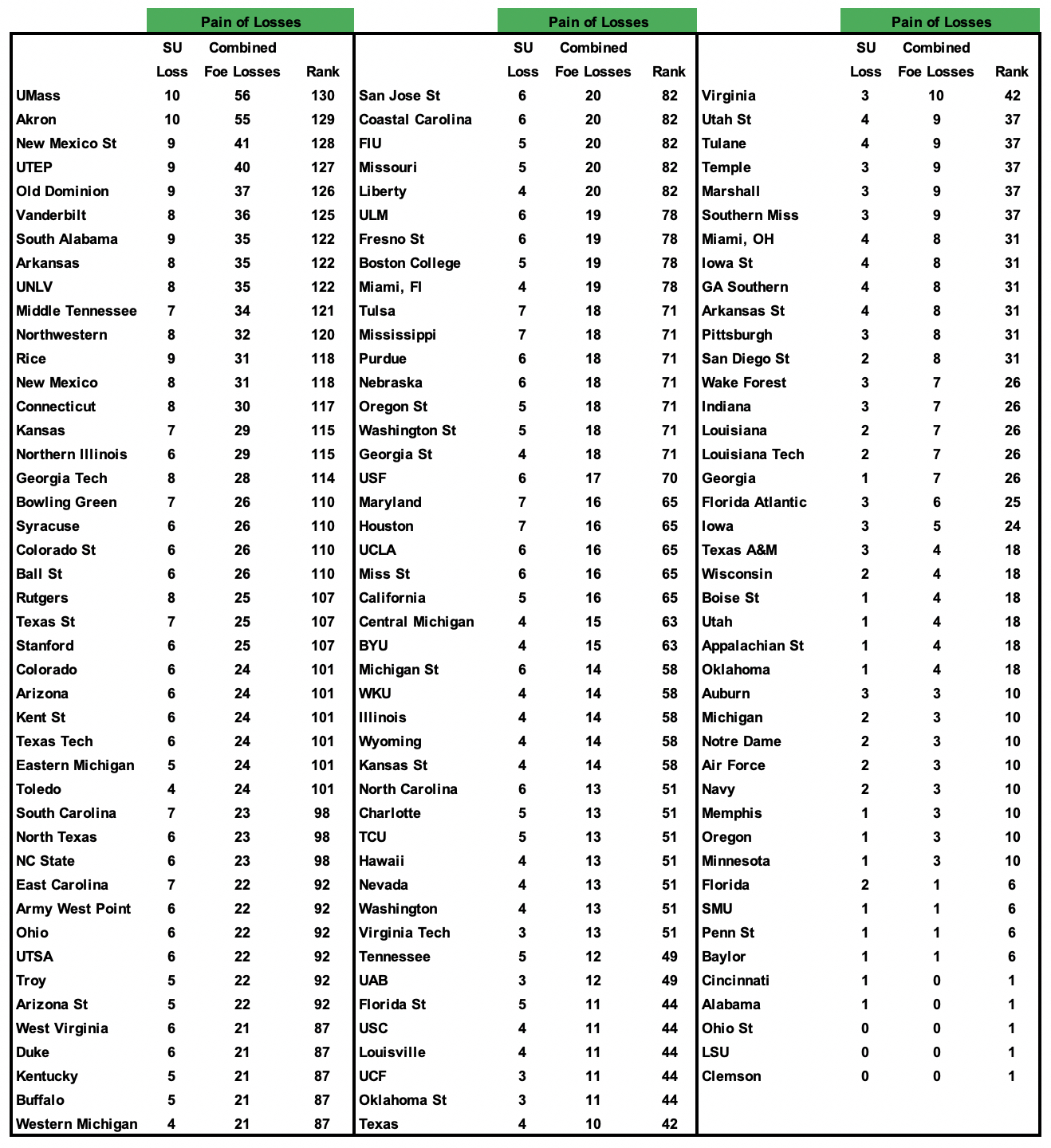 In this last chart below you can see the overall wins and losses. As you can see the top four teams are Ohio St, LSU, Clemson and now Cincinnati. There is now only 1 win less team Akron in blue. UMass in red is at the bottom of this list even with 1 win as their only win was against a win less Akron team. The other teams with 0 wins have at least 1 win vs an FCS team which we do not count in their record on this list.

Here is the Overall Wins and Losses Chart with %:Games Played thru 11/16/19 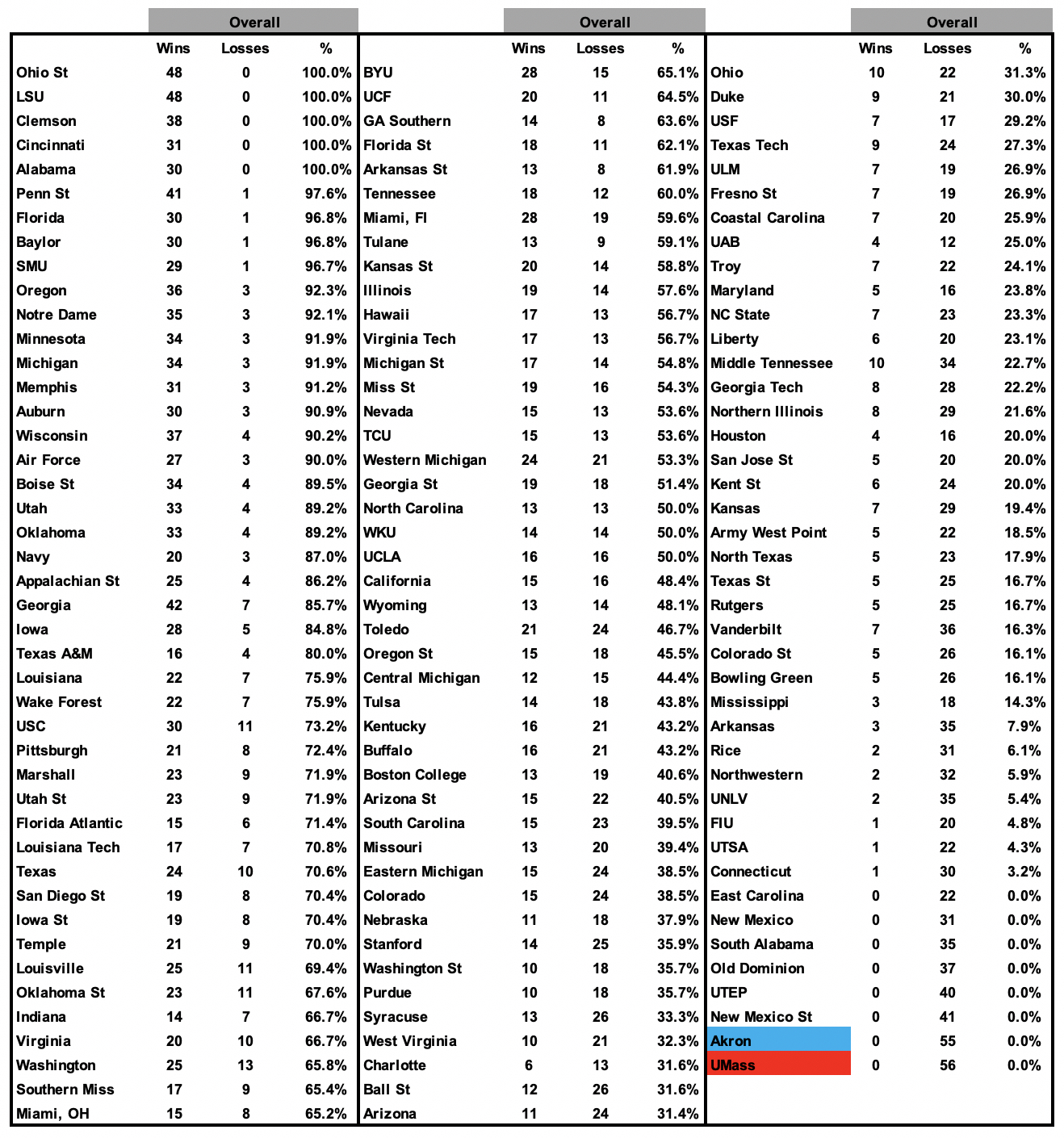