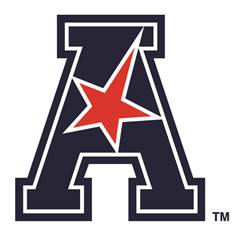 NEWPORT, R.I. – Commissioner Mike Aresco has announced the American Athletic Conference’s bowl lineup that will span the six-year cycle from 2020-25. The announcement was made Tuesday as part of The American’s Summer Kickoff and Media Days.

“We are extremely pleased with our new bowl lineup,” said Aresco. “Our teams will continue to have postseason opportunities against other Power 6 opponents, including from the ACC, SEC and Big 12, which was a priority for us. Additionally, we will be playing bowl games in desirable destinations that are easily accessible to our schools and their fans. This lineup provides more revenue than the previous bowl cycle and I am especially proud to partner with bowls that are deeply rooted in their communities and whose mission goes beyond the game of football.”

The American is guaranteed seven bowl appearances in each of year of the new cycle.

The American, as it has done three times in the first five years of the current bowl cycle, will continue to send its champion to a New Year’s Six bowl if that team finishes higher than the champions of four other conferences in the final College Football Playoff rankings. American Athletic Conference teams are also eligible for the College Football Playoff if they are among the top four teams in the final CFP rankings.

As part of the new bowl cycle, The American will annually send teams to the Military Bowl presented by Northrop Grumman against an Atlantic Coast Conference opponent, and to a new bowl in Boston managed by ESPN Events and Fenway Sports Management, also against an ACC team, which will be named later in the fall. A third annual spot will alternate between the Lockheed Martin Armed Forces Bowl and the SoFi Hawaii Bowl.

Additionally, The American will annually have four appearances in a group of eight bowls. The American has extended its existing partnerships with the Birmingham Bowl, the Bad Boy Mowers Gasparilla Bowl, the Cheribundi Boca Raton Bowl, the Frisco Bowl and the AutoNation Cure Bowl. New to The American’s lineup are the SERVPRO First Responder Bowl, the Myrtle Beach Bowl and the New Mexico Bowl.

Four Selections Annually From the Following