Tweet
This list has been compiled by Josh Buchanan. Josh has spent the last 4 years scouting for the NFLPA Bowl and spent 3 years as chairman of the player selection committee for the Offense-Defense High School All-America Bowl where he worked the 2012-2014 recruiting classes. He has previously worked for other games such as the Las Vegas All-American Classic, written FCS content for Phil Steele Magazine, and has been covering the draft since 2003. You can find Josh on twitter @Joshbdraft. 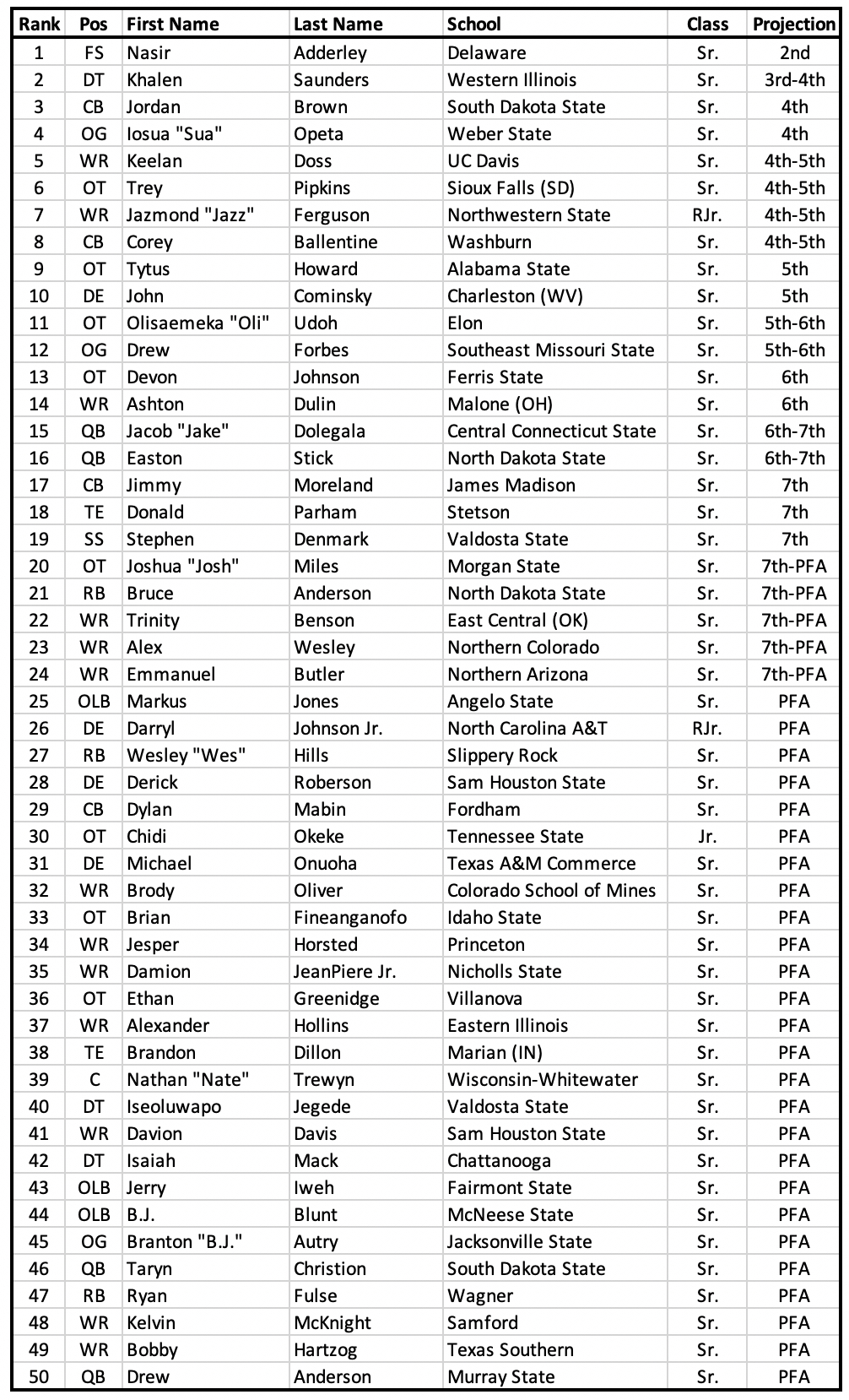