Tweet
2018 Top 50 True Freshman RB’s and their Impact on the season.

As expected the numbers were higher. Of the Top 50 true frosh from the 2018 signing class, 34 earned rushing stats or 68% of them. Some running backs were moved to different positions and played as true freshman.

Two players moved to other positions on the list. Mentioned above Rondale Moore from Purdue and PS#39 Slade Bolden from Alabama moved to WR red shirted.

Here is the complete list of the 2018 Top 50 frosh running backs and what they did in this past season. 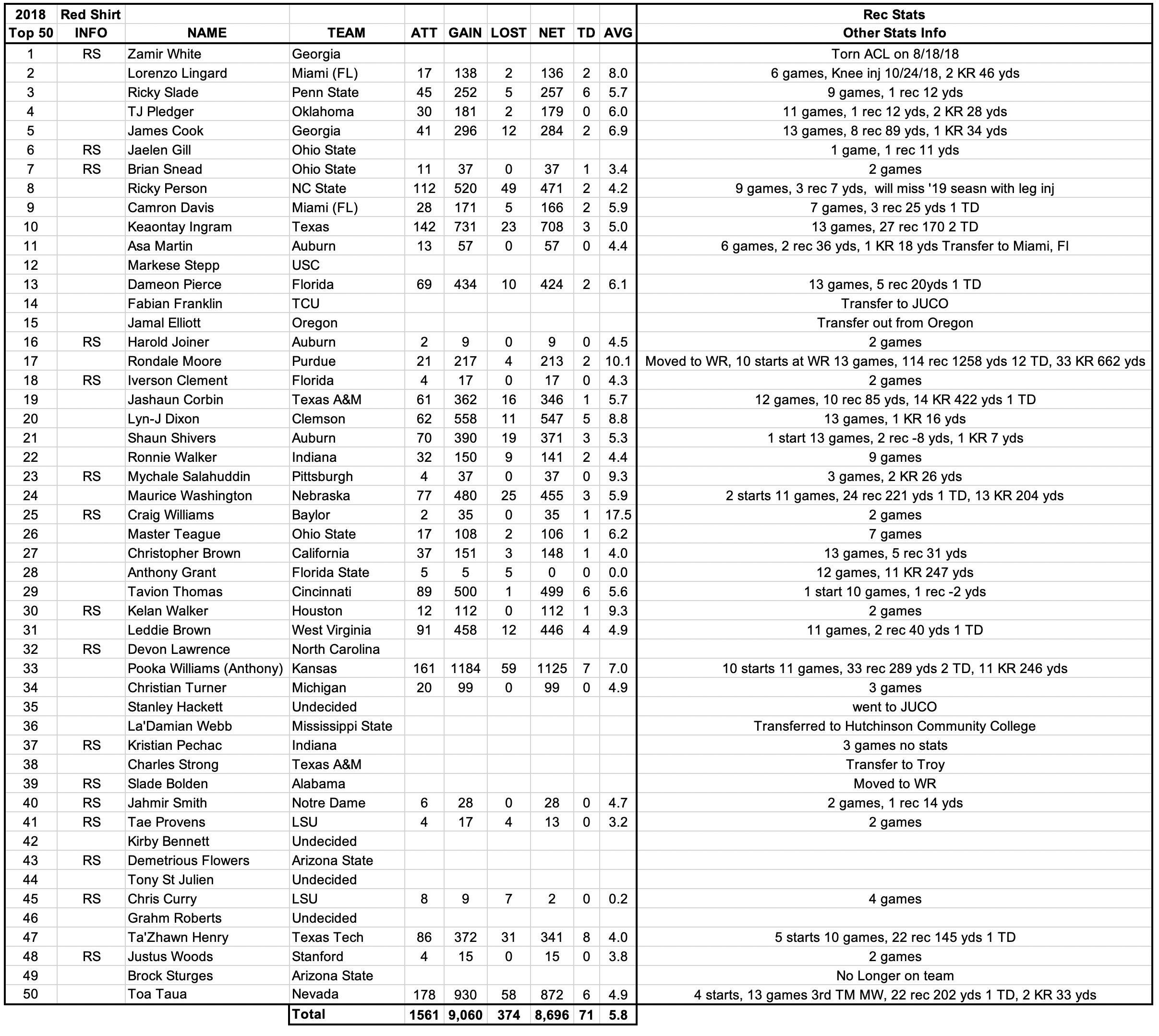 On Wednesday we will have the 2018 Top 50 True Frosh WR’s and their impact on the season.