Teams off season with +7 or more Net Upsets. 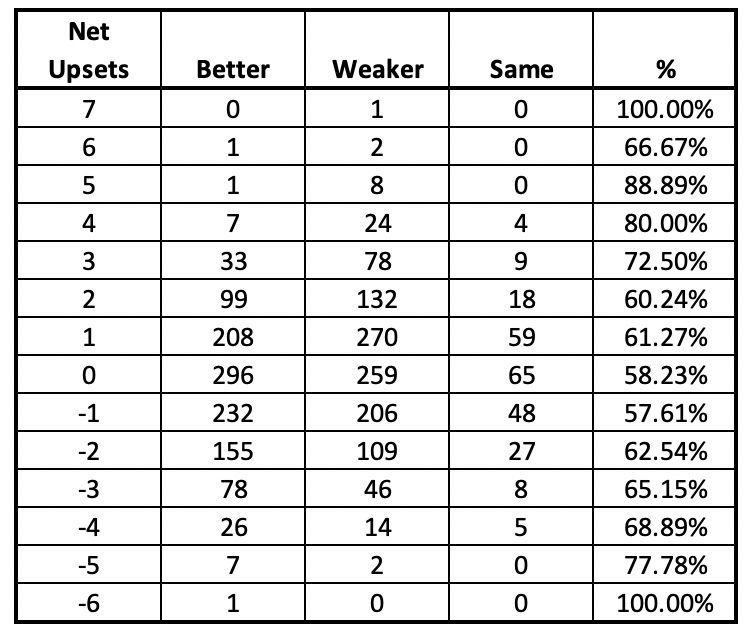 Now here is a look at this what the teams did last year. Those that pulled the most upsets are listed as + Upsets and likely headed for a weaker season. Those that were upset the most last year are likely headed for stronger seasons. Those are the teams that I have listed at the top and the negative numbers means their upset losses outnumbered their upset wins by that total. Last year Miami Florida was an underachiever as they had 5 Losses as a favorite and 0 wins as a Dog for a -5 Net Upsets. Manny Diaz steps into a pretty good situation for 2019. On the flip side there were five teams that were PLUS three or more Net Upsets last year. Charlotte, Wake Forest and Northwestern were all plus 4 Net Upsets and Pitt and Coastal Carolina were +3 New Upsets and only 33% of the time has a team in that category managed to improve their records. Hats off to Butch Davis of FIU whose team last year was +5 Net Upsets in 2017 but became the first in that category to actually improve their record the next year.