Tweet
The Sun Belt Conference and ESPN announced the conference’s 2019 football schedule on Friday, revealing dates for all conference games as well as the league’s initial national broadcast lineup.

The television schedule for the first three weeks of the regular season, including game times for midweek contests, will be announced at a later date. For games in the fourth week of the season and beyond, network designations will be determined typically 12 days prior to the contest. Once again this season, a number of games will be available on ESPN+ – the direct-to-consumer streaming service from ESPN.

A rematch of the 2018 Sun Belt Football Championship Game between Louisiana and Appalachian State is just one of several intriguing midweek contests selected for a national television broadcast. The Ragin’ Cajuns will host the scheduled contest on Wednesday, Oct. 9 on ESPN2. Full Release Here. 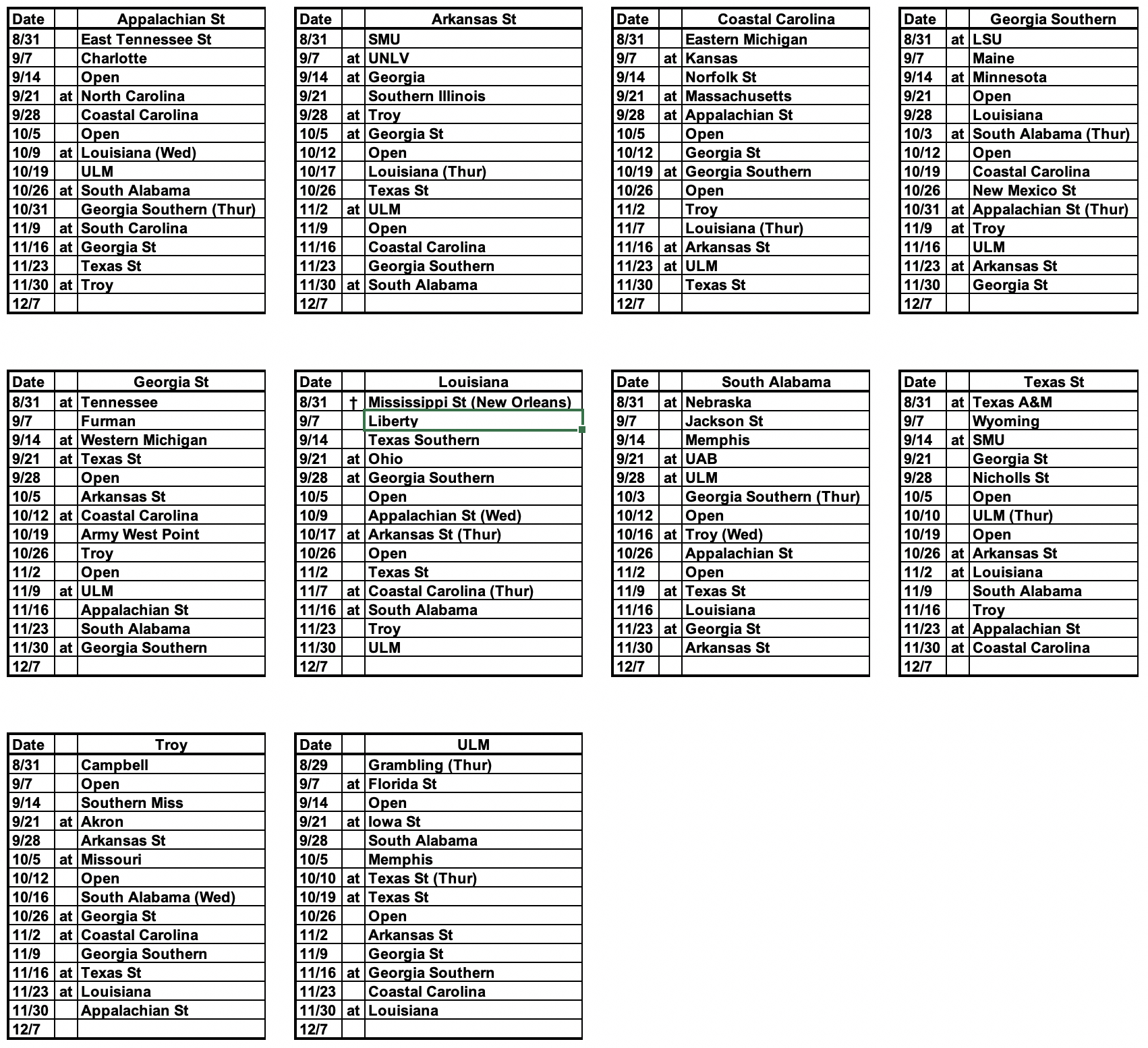