Clemson defeated Alabama for the national title and grabbed the number one spot in the AP poll. If the battle was close between the conferences, then that could be the deciding factor. This year it was not a deciding factor. The Final AP poll overall is a factor so let me show you last years final AP poll first.

Here is how the conferences ranked using this method. 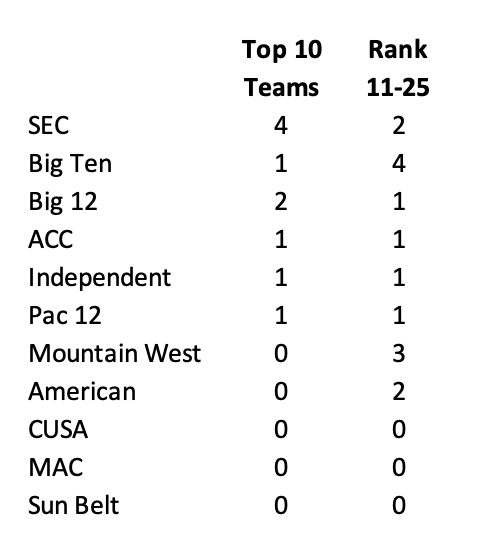 Now it is time for the final results. Over the five blogs I have given you all of the criteria that goes into my final ranking for the leagues for each season. The good news this year is that there is no real controversy at the top as if you read each blog, you could probably tell me #1 conference and #2 conference without even looking. Also, there was no real question this year with the very bottom.

Here are my toughest conference rankings for 2018. 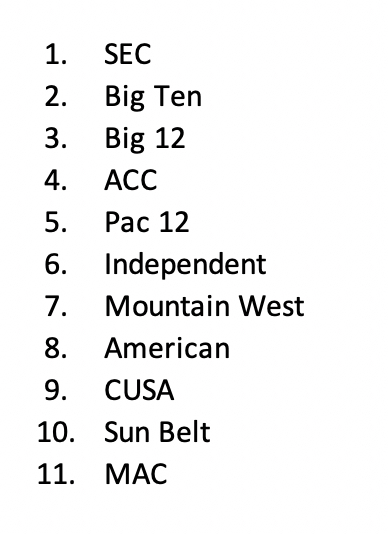