Each of the 12 teams in The American will once again play eight conference games – five against the other teams in its division and three against teams from the other division. The two division winners will meet Dec. 7 in the fifth American Athletic Conference Football Championship. Full release here. 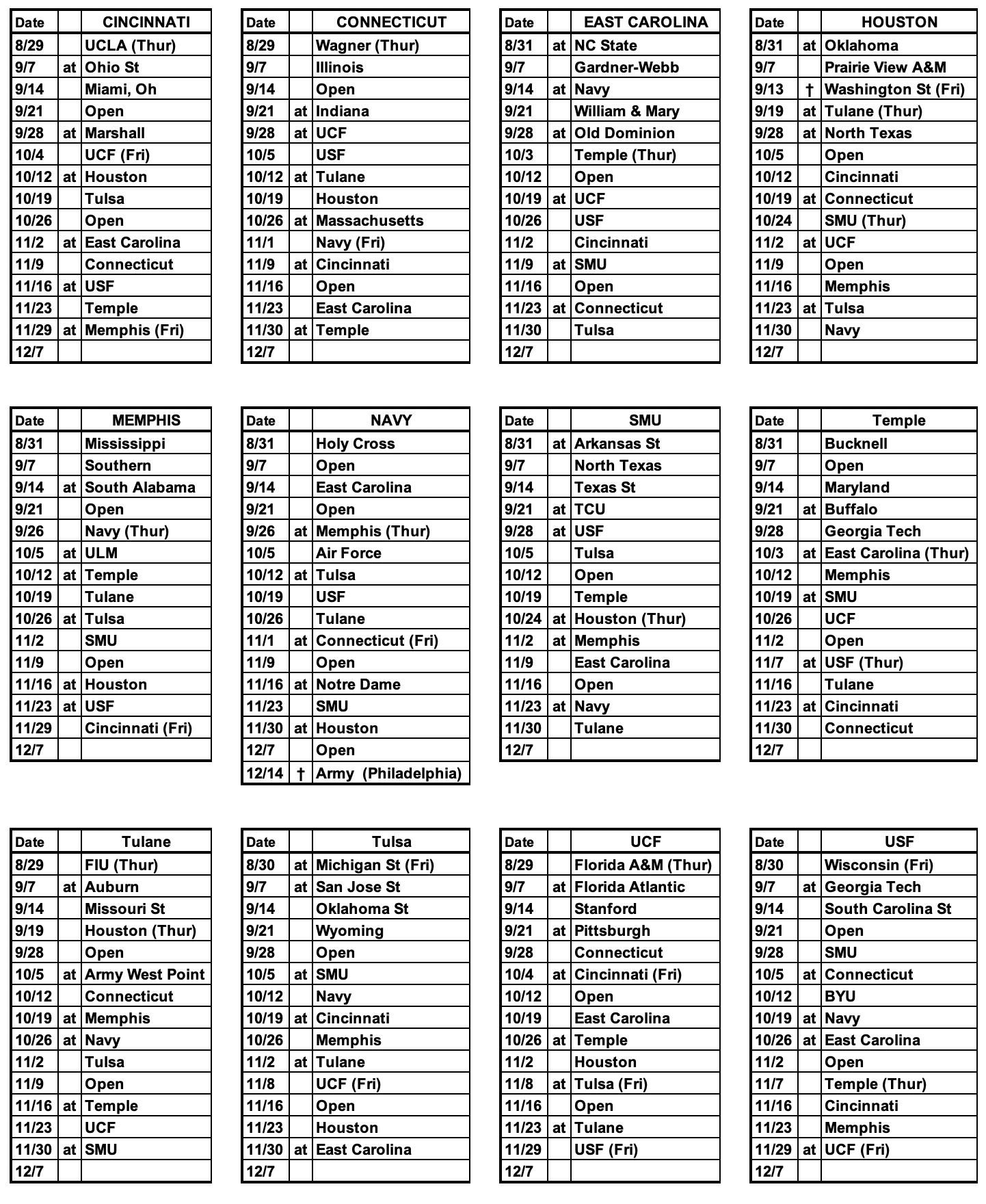