The Atlantic Coast Conference announced the 2019 football schedule Wednesday, and once again, it includes arguably the most challenging non-conference competition among the Power 5 conferences.

ACC teams will play four neutral site games on the opening Saturday of the 2019 season, including Duke vs. Alabama in the Chick-fil-A Kickoff Game in Atlanta, Georgia; Florida State vs. Boise State in Jacksonville, Florida; Miami vs. Florida in the Camping World Kickoff in Orlando, Florida; and North Carolina vs. South Carolina in the Belk College Kickoff in Charlotte, North Carolina. Here is the Full Release. 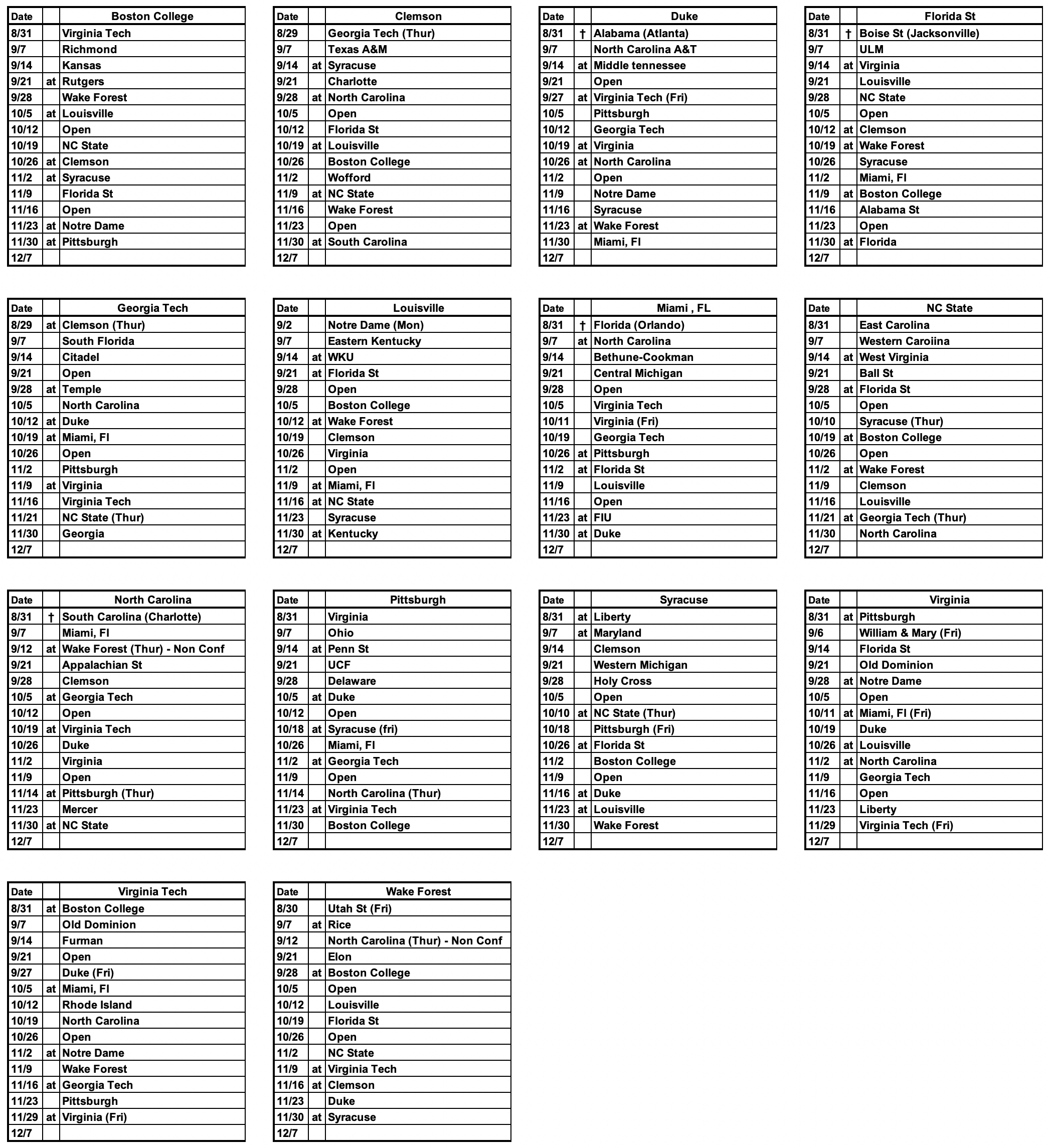