Tweet
The Pac-12 Conference announced today its 2019 football schedule that pairs a competitive nine-game Conference schedule with a non-conference slate that includes six contests against teams ranked in the current College Football Playoff rankings, including three games against CFP semifinalists No. 3 Notre Dame and No. 4 Oklahoma.

Of the 36 non-conference games next season, 21 will be against teams who are participating in the 2018 bowl season. The 2019 docket features three games against the Big Ten, three more against the Big 12, and a pair of contests against SEC foes.

The 2019 season is set to open on Saturday, August 24, as ARIZONA travels to Hawai’i. Three Power 5 opponents highlight week one (Northwestern at STANFORD, OREGON vs. Auburn, Oklahoma State at OREGON STATE), before Conference action gets underway with a pair of league contests in week two as STANFORD visits USC, and CALIFORNIA travels to Pac-12 Champion WASHINGTON. Here is the Full Release. 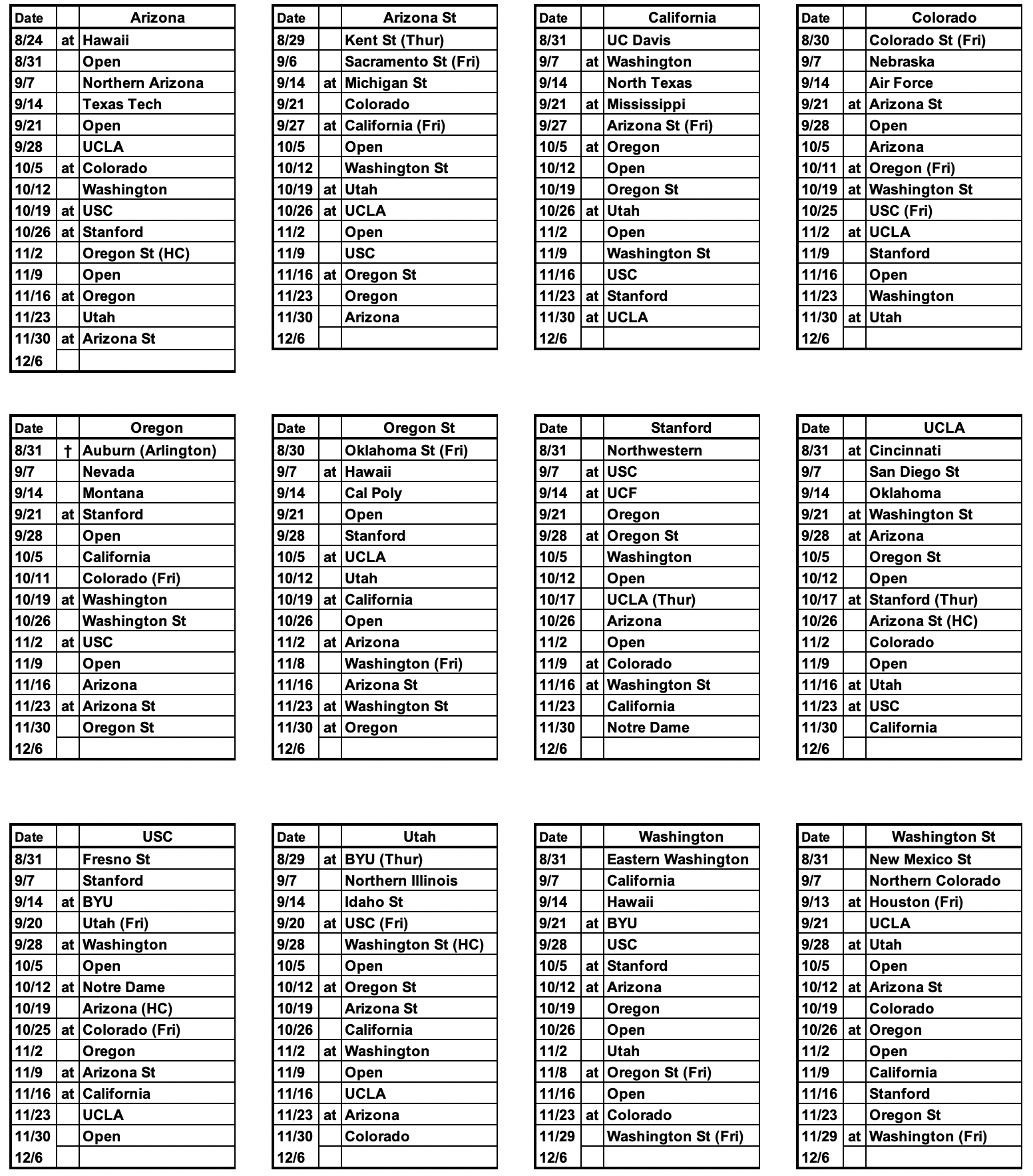