The Big 12 has released its 2019 football schedule which features a 10-team, nine-game, round robin format for the ninth consecutive season. Institutions will release their own non-conference schedules when available.

The top two finishers in the regular season standings will compete for the Conference title in the Big 12 Football Championship, which is scheduled in 2019 for Saturday, December 7. The championship game will be played in Arlington, Texas’ AT&T Stadium through 2021. Here is the Release. 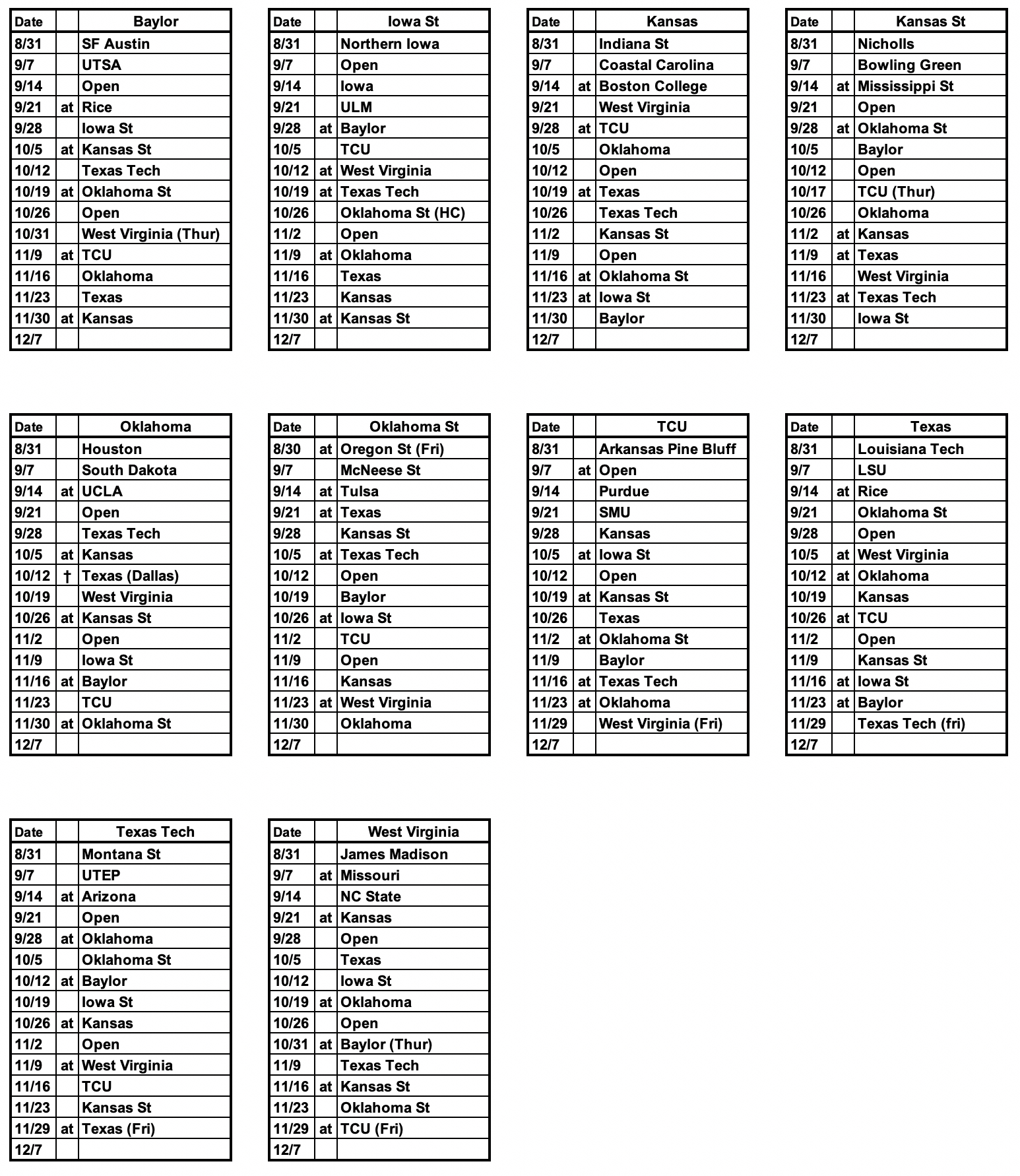