Here is your complete breakdown of every College Football teams returning starters from the Phil Steele’s 2018 College Football Preview. There will be a update closer to the start of the season due to possible transfers after the magazine was published.

Dont forget that the 2018 College Football Preview is At EVERY Barnes & Noble & Books-A-Million, at 90% of CVS, Publix, Target, Walgreens and Walmart locations nationwide. You can also find the magazine right now on iTunes, Google Play and also we now offer a browser version (see bottom of page).

At the opposite end of the spectrum, there were 18 teams that returned 11 or fewer starters that did not have a returning starter at QB. Of those 18 teams, 5 had a better record. Of the 18 least experienced teams, 12 had a weaker record in 2017 than they did in 2016 and one had the same.

With all that in mind, the numbers listed below provide a good window into what to expect in 2018. I broke them down first by overall ranking Michigan St, Kansas and Florida are looking good and Hawaii and Colorado St are not, and then by conference.

Note: A (1) in the QB Column denotes that teams starting QB is back. 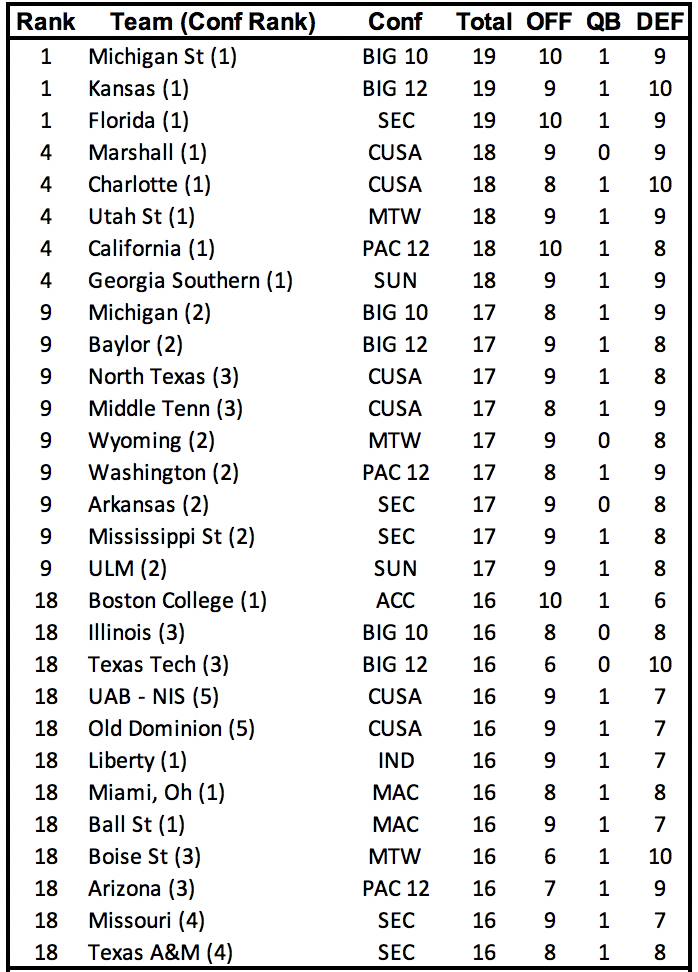 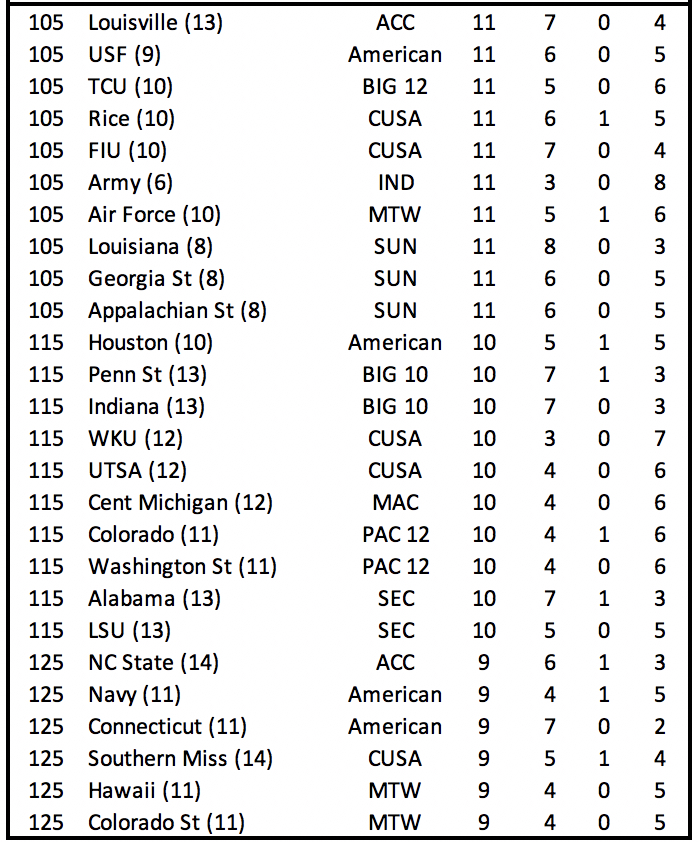 Here is the breakdown by Conference. Conference rank in ( ). 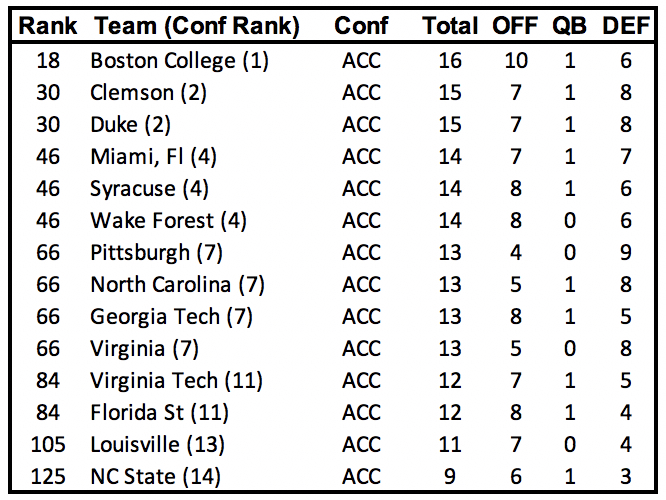 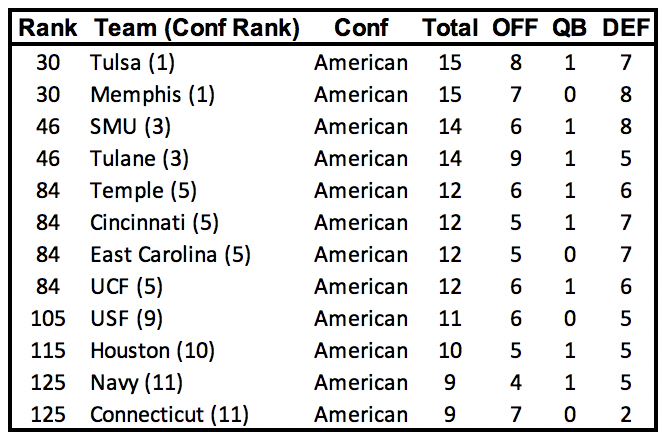 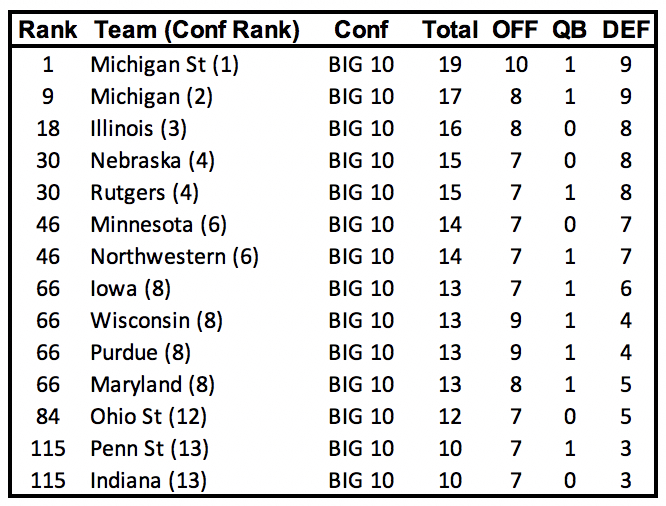 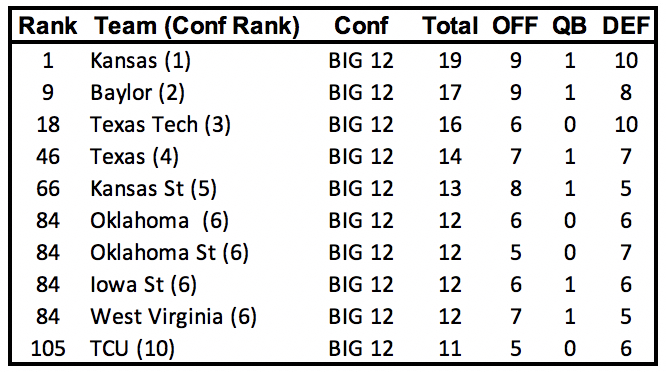 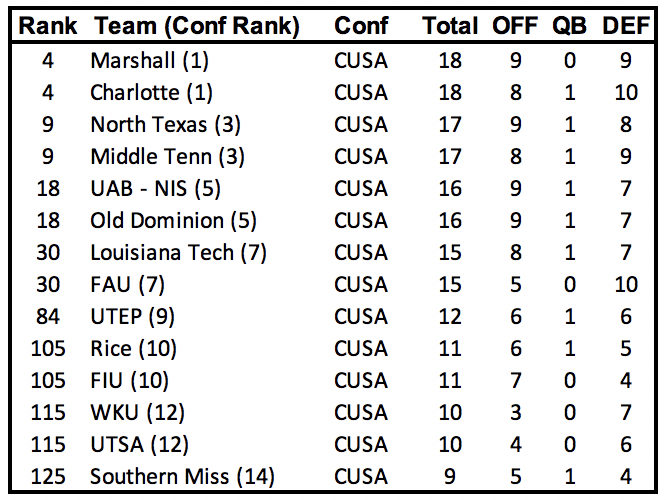 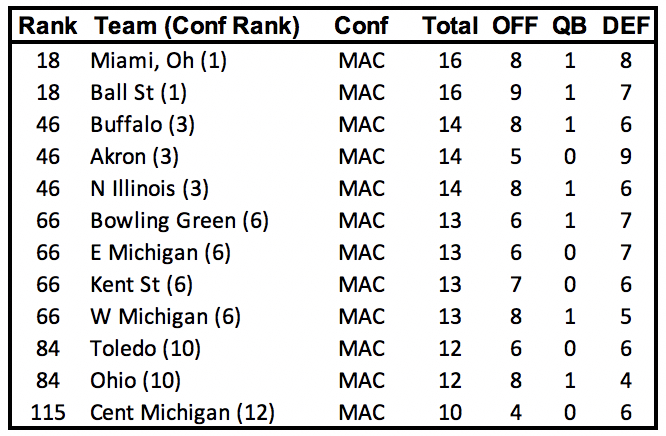 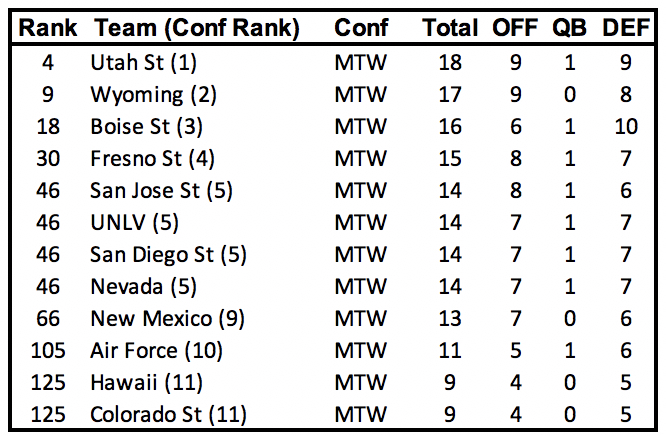 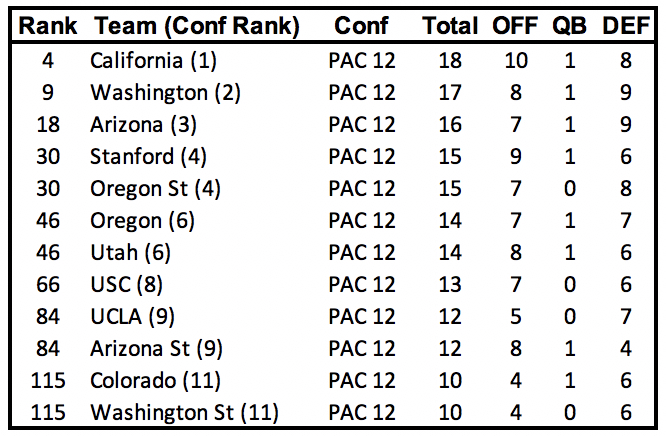 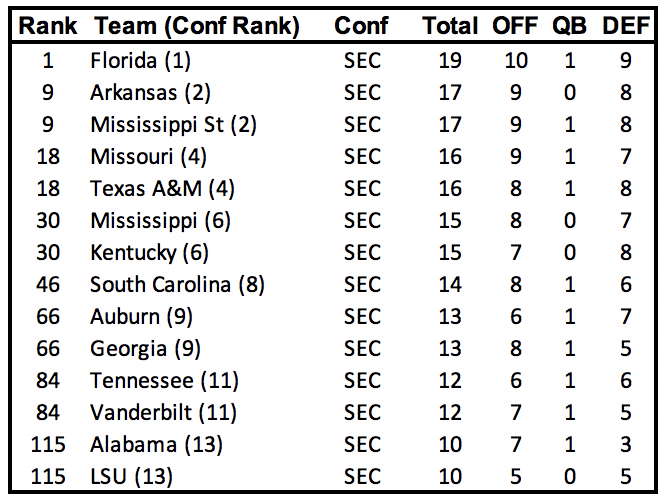 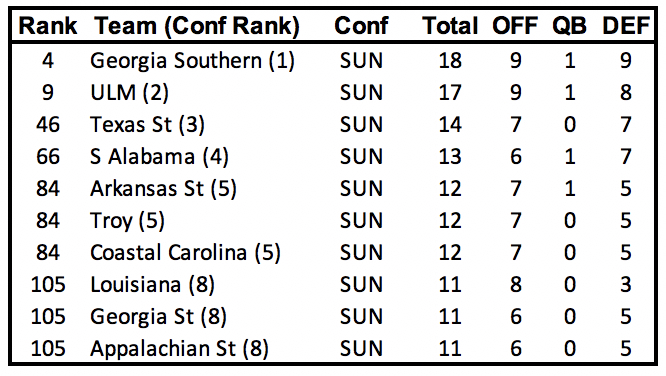 Available now: The digital copy of the Phil Steele 2018 College Football Preview is now available on Android devices through the Google Play Store and Apple App Store. Just search for “Phil Steele” on their app store, download the app and purchase the 2018 College Magazine there for just $12.99. Also we have a digital browser version here. The Apple App Store and Amazon Kindle versions are awaiting approval and should be out shortly.

**Also a bonus for those of you that purchase the magazine on the browser version you will be able to use your login credentials on any of the platforms listed above.

It will save you wear and tear on your printed magazine. If you get both you can use it as your mobile version of the magazine and that will keep your actual magazine from getting dog eared and torn up early in the year.

Any questions or problems with the Phil Steele browser version or Apps please contact Todd at todd@philsteele.com.