Here is the Top 100 NFL Draft Small School Big Board. 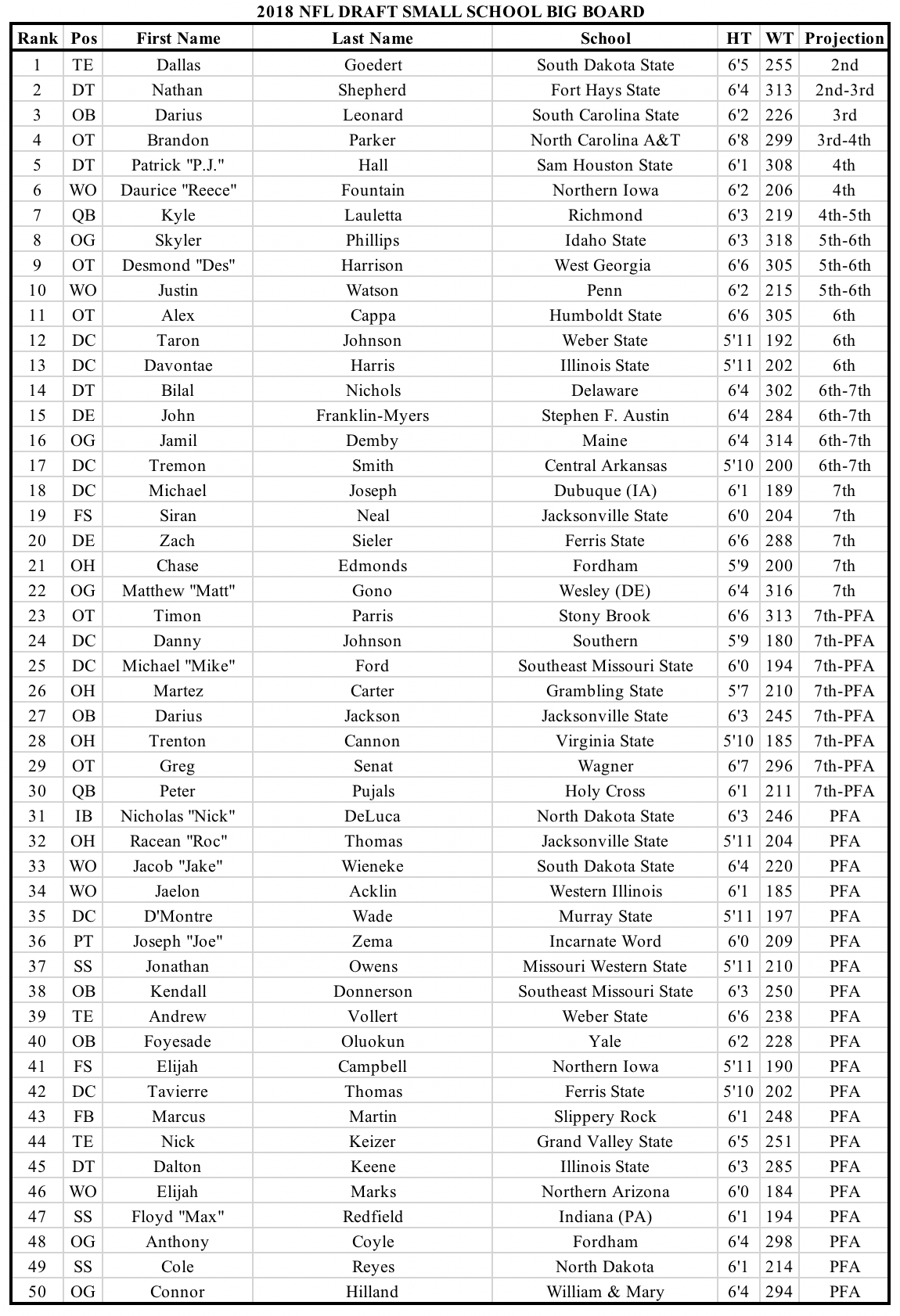 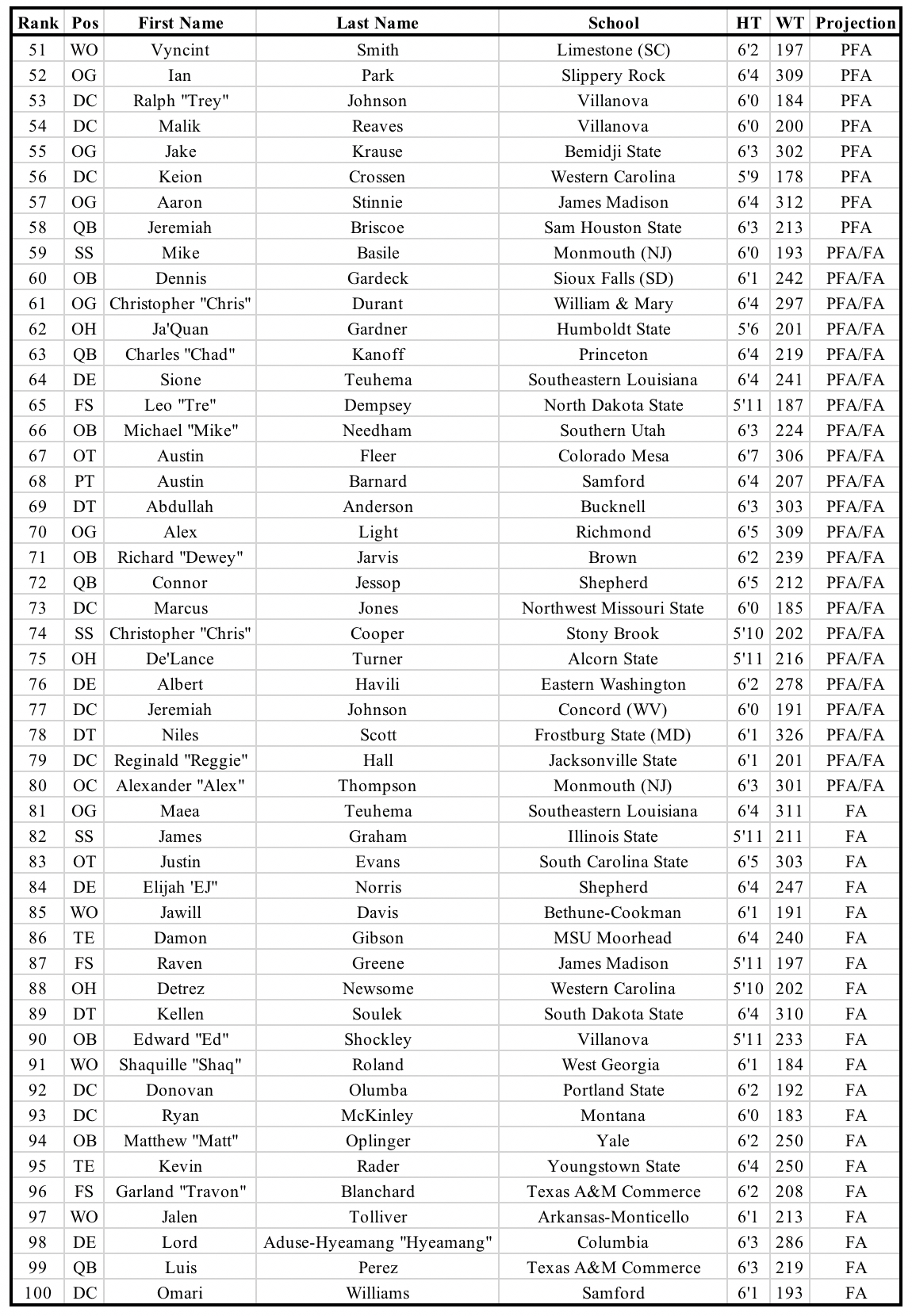