In the beginning of March the final few FBS conferences came out with their 2018 football schedules. Now that all have been released the debate over which team plays the toughest schedule can begin.

There are many ways to calculate schedule strength.  The most commonly used method is to combine opponents’ records from the previous season. Using this metric the toughest 2018 schedule belongs to Florida St, whose opponents won 63.4% of their games in 2017. Followed by Nebraska (62.8%) and Michigan (62.7%). You can see by using this measurement New Mexico St (37.2%), UAB (38.5%) and Ohio (40.1%) have the easiest schedules for 2018.

I want to remind you that this is the NCAA’s method, not mine. Prior to last year, this method said that Indiana was facing the 110th most challenging schedule as their opponents won only 47% of their games in 2016. I had Indiana 54 spots higher and 8 of 12 of their opponents went on to play in bowl games. It’s pretty clear that there were not 109 schedules tougher than Indiana’s.

How about who faces the most teams who made the postseason in 2017?  For purposes of this article, we’ll count the 78 FBS bowl participants, the 24 FCS playoff teams, and Grambling St and North Carolina A&T, who played in the Celebration Bowl.  Here, Florida St, Utah, NC State, Kansas, Iowa St and Oklahoma are facing 10 teams off a post season appearance last year. New Mexico St is the only team that will face less than three bowl teams in 2018 (2).

Opponents who finished last year in the Top 25? Michigan was on top with six teams that were ranked at the end of the season last year. Florida St, Auburn, Texas A&M, Pittsburgh, Georgia Tech, LSU and Rutgers follow with five teams.

Here is the complete list of all 130 FBS teams including Liberty, which will be playing in the FBS Independent conference this year. 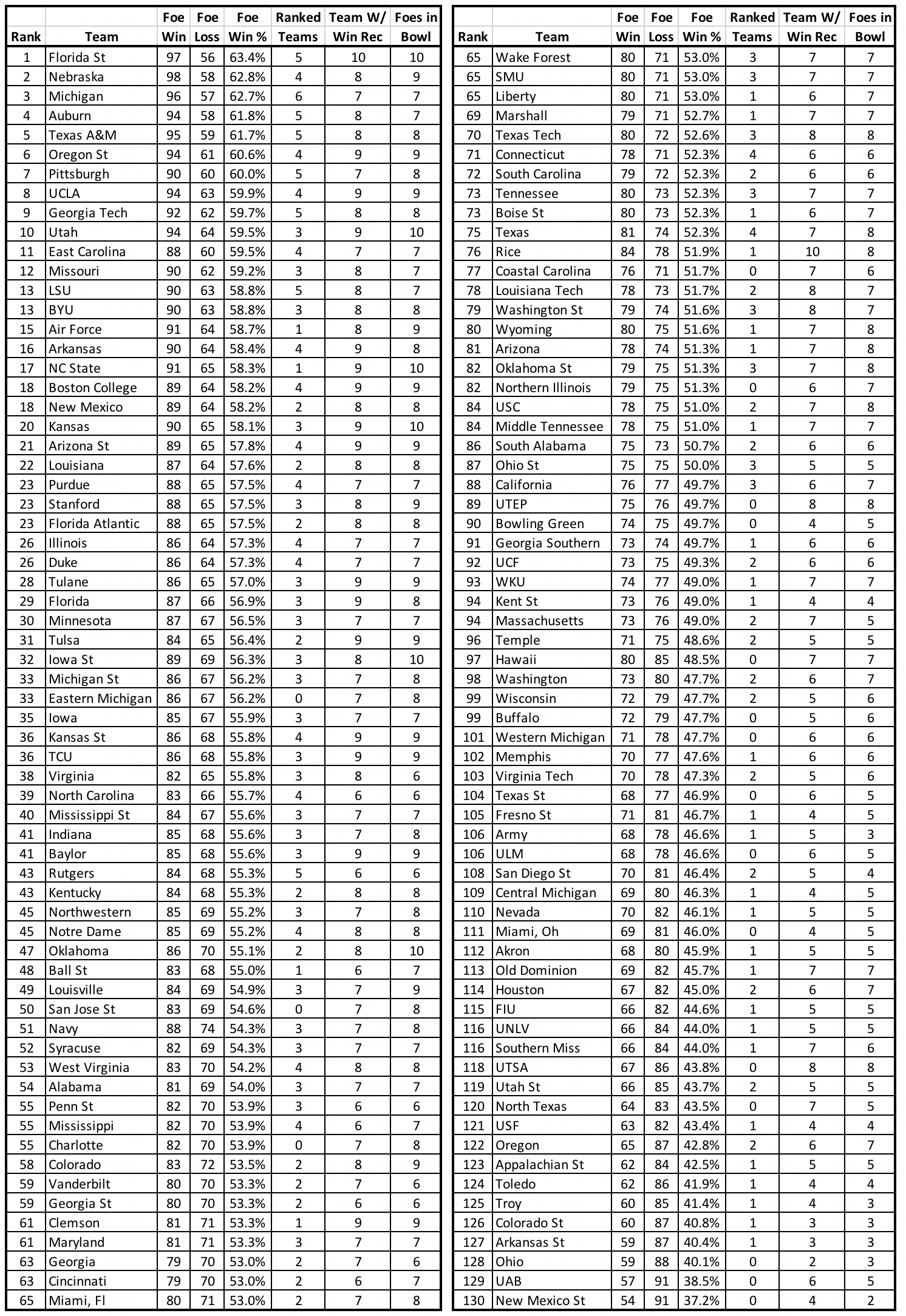