As expected the numbers were higher. Of the Top 50 true frosh from the 2017 signing class, 29 earned rushing stats or 58% of them. Some running backs were moved to different positions and played as true freshman.

Three players moved to other positions on the list. PS#8 Greg Johnson of USC moved to S, played in the first 4 games and injured his shoulder (Med RS). PS#37 Connor Wedington of Stanford moved to WR had 31 rec for 243 yds and 7.8 ypc. PS#43 Jarell White of Cincinnati moved over to LB and recorded 46 tackles and 0.5 sack.

Here is the complete list of the 2017 Top 50 frosh running backs and what they did this past season. On Monday we will take a look at the Top 50 true freshman WR’s. 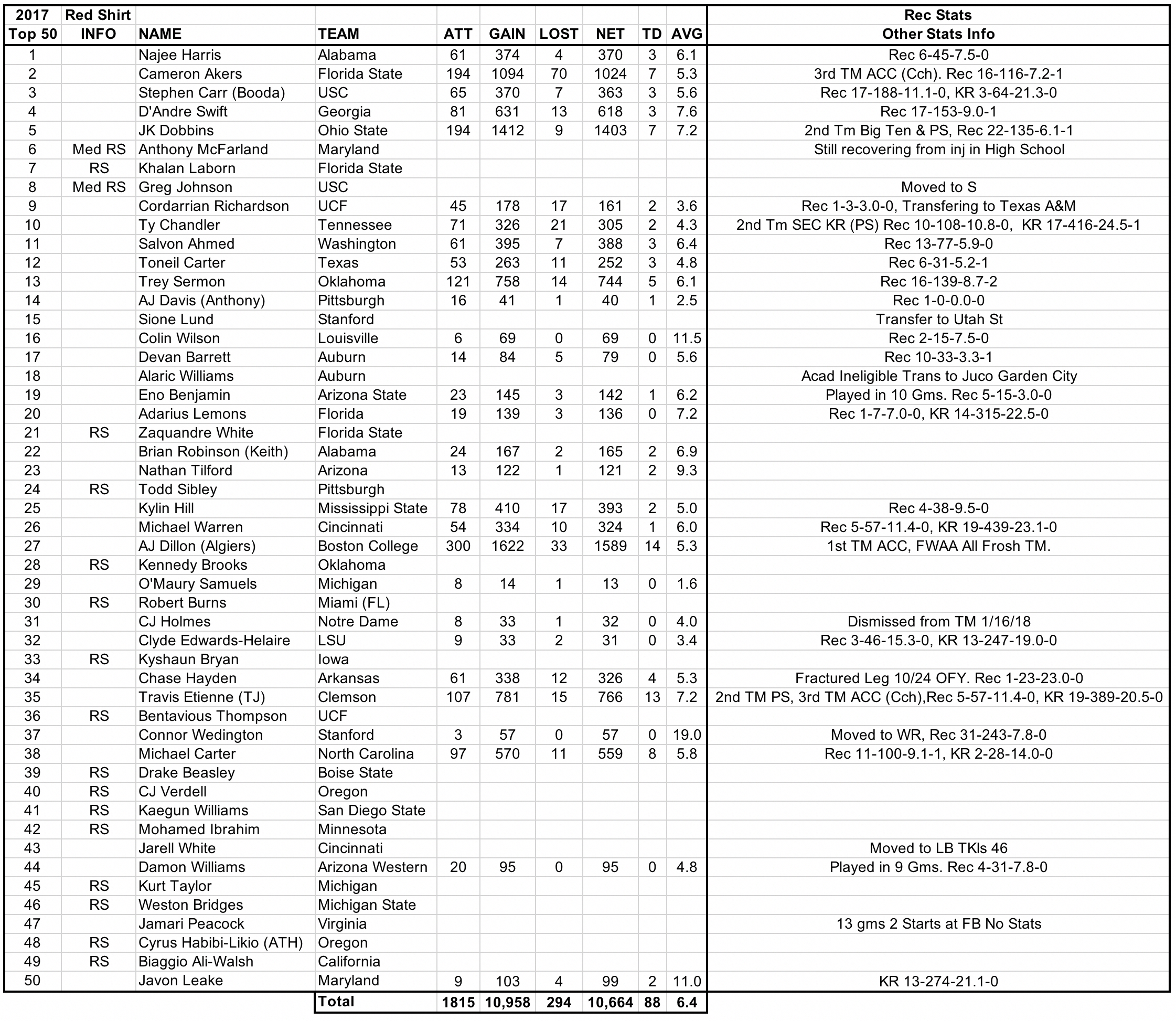