Here is a look at the 2017 Top 50 true freshman quarterback signees and how many of them made an impact last year. Also listed below them are my Top 50 rated quarterbacks for 2018. Of the Top 50 quarterbacks last year 16 made at least 1 pass attempt. Of the 16 that played three stood out the most last season. PS#5 Jake Fromm of Georgia was the best out of the frosh QB’s throwing for 2,615 yards and a 24-7 ratio taking the team to the National Championship game. 2nd was Texas QB PS#8 Sam Ehlinger who threw for 1,915 yards with a 11-7 ratio also ran for additional 385 yards. 3rd was Texas A&M QB PS#10 Kellen Mond who threw for 1,375 and a 8-6 ratio became the 1st A&M True Frosh to throw for over 300 yards. Mond also ran for 340 yards and 3 touchdowns.

Usually when looking at true freshman quarter backs you will see a lot of interceptions. The best ration in this group came from Alabama QB Tua Tagovailoa with a 11-2 ratio who by the way also led Alabama in the 2nd half of the National Championship game for the win. Jake Fromm mentioned above also had a great ratio of 24-7.

The best Completion percentage (over 10 passes) belonged to PS#26 Kasim Hill at 85.7% but tore his ACL after 2 starts and received a medical red shirt. 2nd best percentage was Top QB recruit Hunter Johnson of Clemson with 77.8%.

Overall the Top 50 true freshman quarterbacks threw for 8,460 yards completing 55.9% of their passes with 68 touchdowns and 40 interceptions. Of those true frosh quarterbacks that did not play last year, you can expect many of them to see action in 2018. 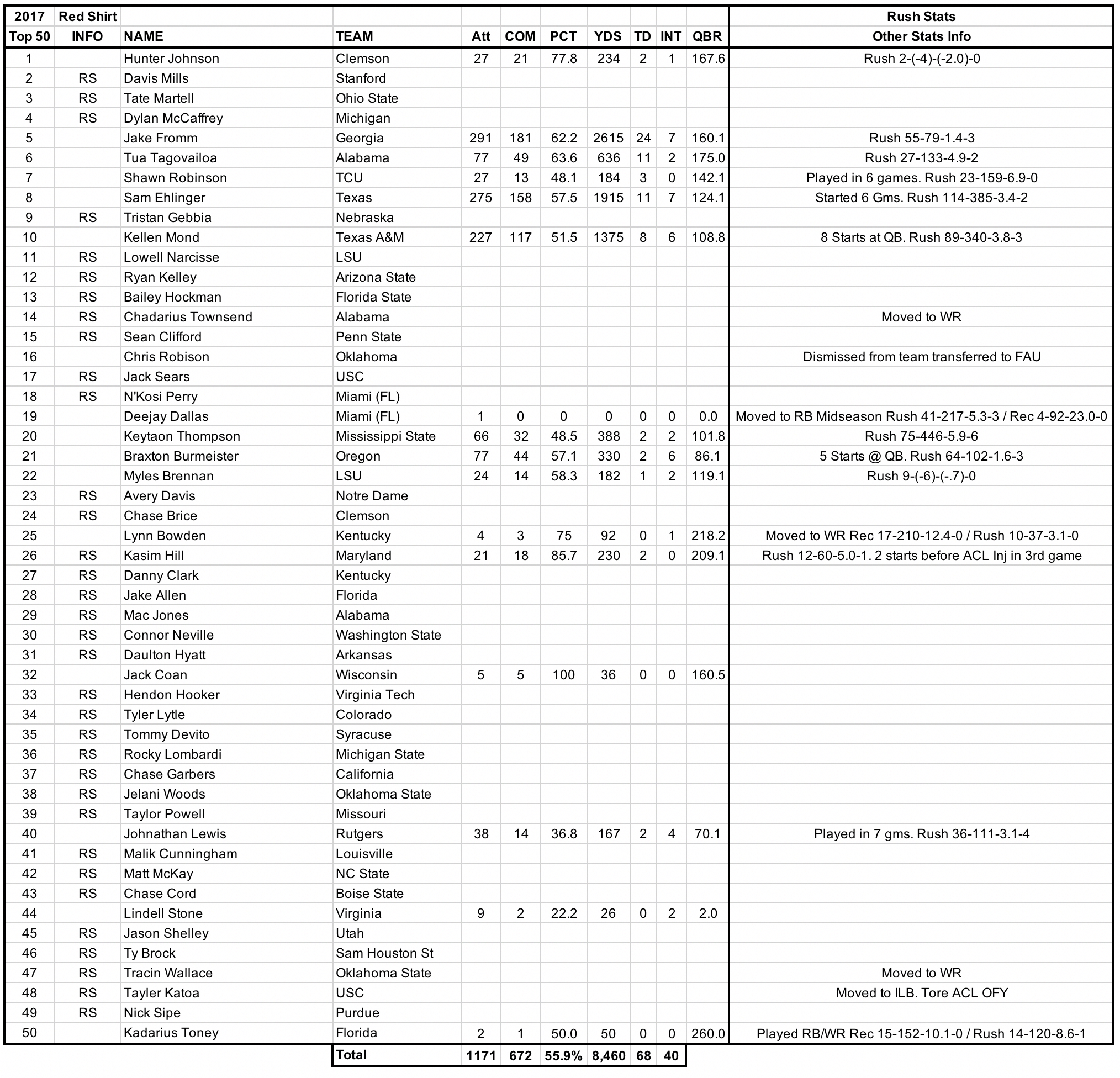