The MAC announced the release for their 2018 schedules. Full schedule release here

The Mid-American Conference announced the 2018 football schedule today. Highlighting the schedule are 16 games available nationally during the last month of the regular season, slated for ESPN2, ESPNU, ESPN3 and CBS Sports Network as the conference race unfolds in both the East and West divisions.

An updated release of the MAC 2018 football schedule will be released in June with kick times and a television schedule for the first three weeks of the regular season and midweek games during late October and November.  All other game kick times and television will be announced 12 days prior to the scheduled game. 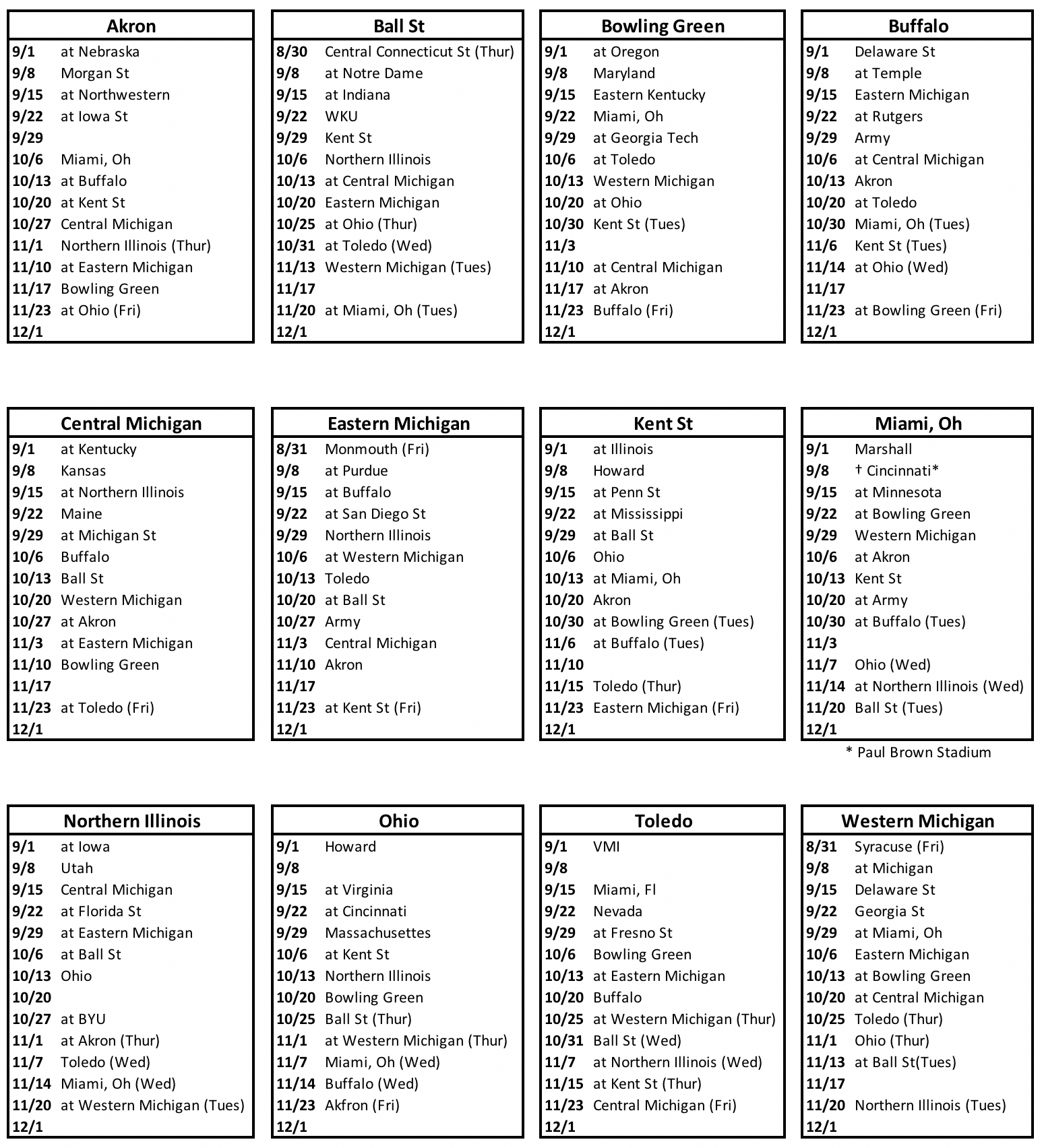