The AAC announced the release for their 2018 schedules. Full schedule release here

The 2018 season marks the fourth year of the conference’s four-year scheduling cycle in which each of the 12 teams in The American plays eight conference games – five against the other teams in its division and three against teams from the other division. The two division winners will meet Dec. 1 in the fourth American Athletic Conference Football Championship.

The 2018 season begins Aug. 30, when UCF – which received four first-place votes in the final Associated Press poll of 2017 – visits UConn in the first conference game of the season, while Tulane hosts Wake Forest in nonconference action. All 12 teams in The American will be in action during each of the first four weeks of the season.

The American Athletic Conference Football Championship, which has been broadcast on ABC in each of the last three years, is scheduled for Dec. 1 and will be televised either on either ABC or ESPN. 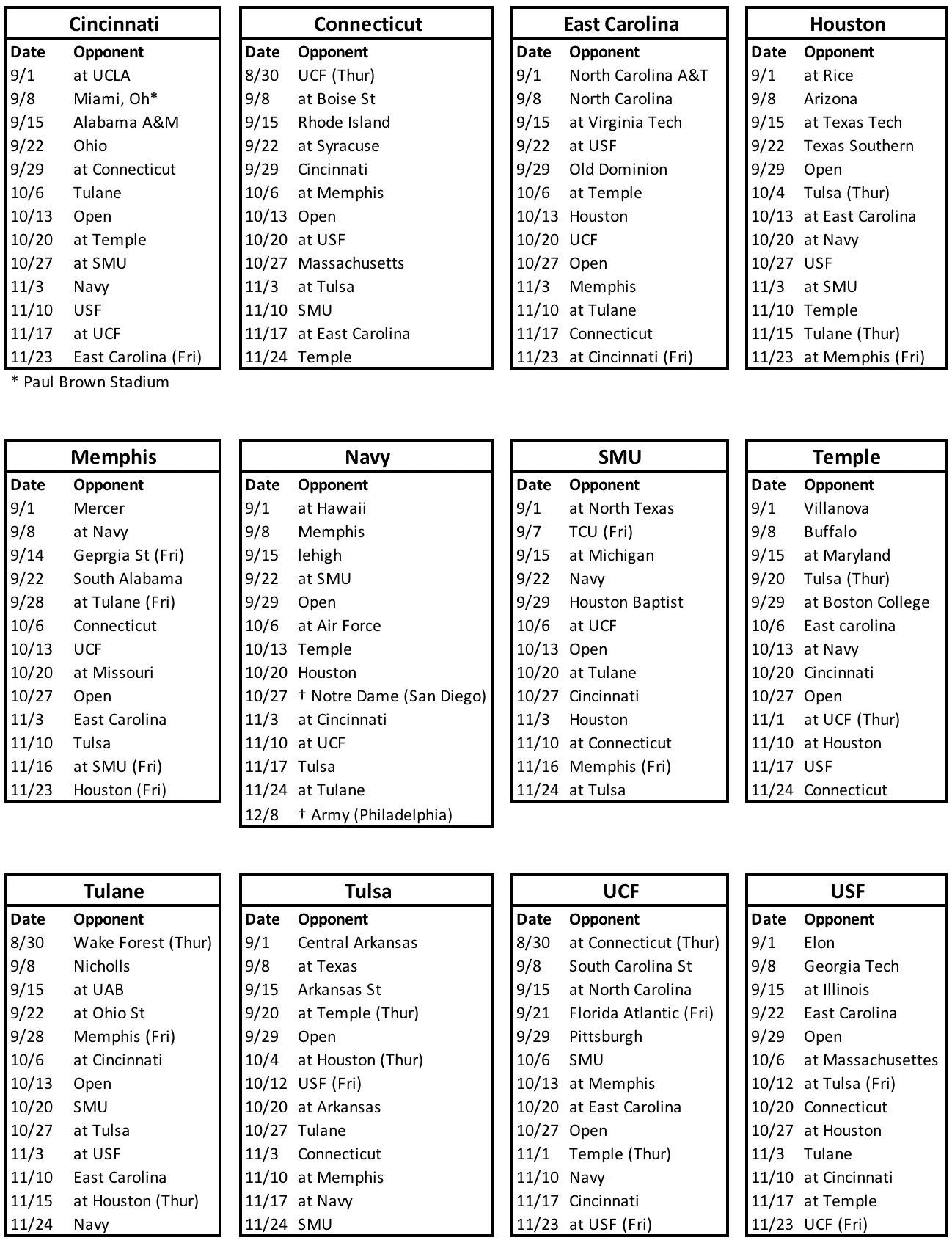