The CUSA announced the release for their 2018 schedules. Full schedule release here

Each school will play every team in its division once for six games, while playing two cross-over opponents from the opposite division. Each team will reverse the location of its 2017 conference opponents, both inter-division opponents and intra-division foes. The conference is in the second year of a rotation between cross-division opponents that will rotate every two years until 2024, when each school has played every opponent in the opposite division once home and away. 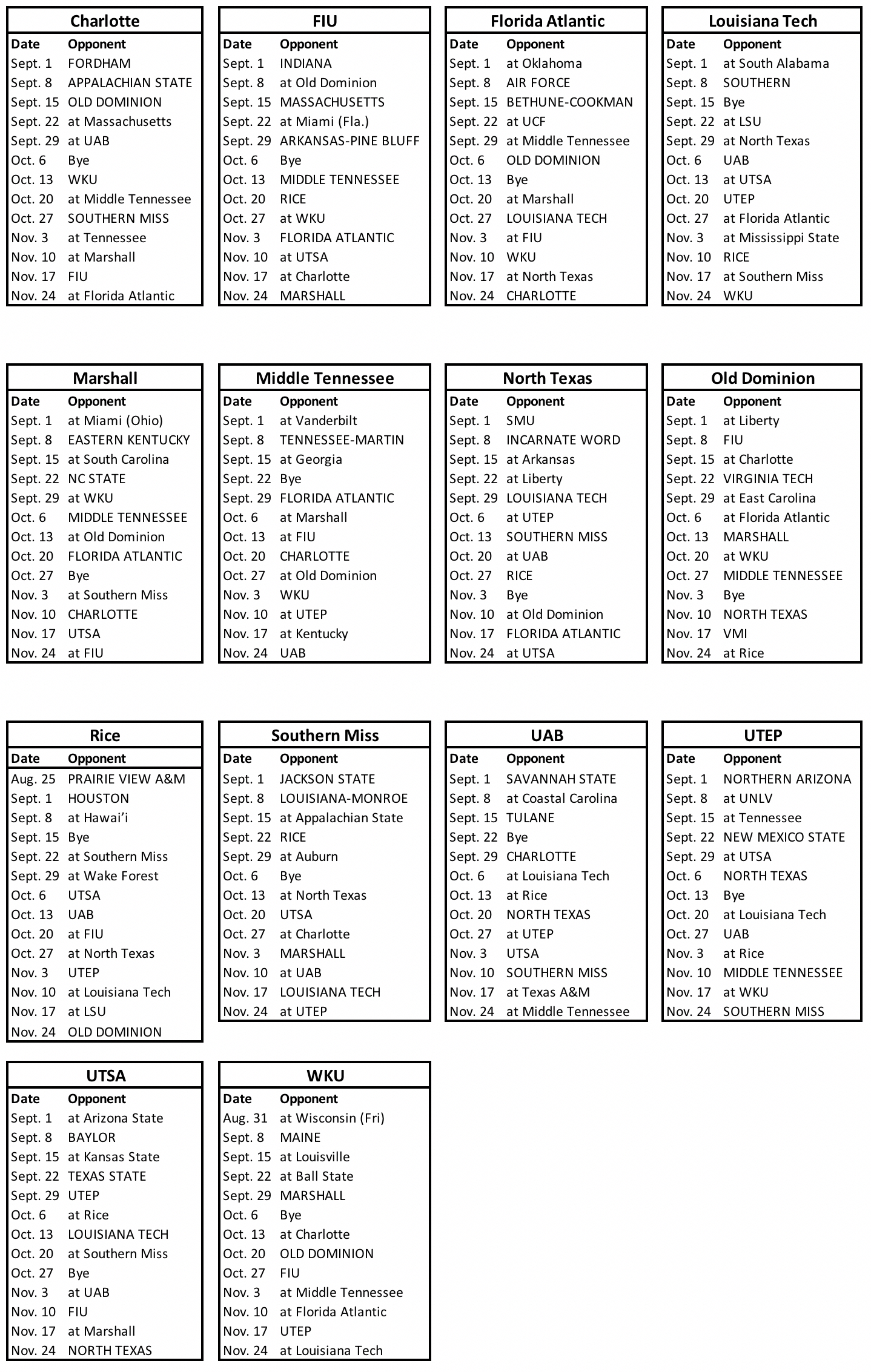