The SEC announced the release for their 2018 schedules. Full release here

With 13 playing weekends, the 2018 schedule includes one open date for each team and conference contests scheduled each week beginning the second weekend of September.

The season begins the weekend of September 1 with 14 games, including five neutral site games on opening weekend.

The 2018 season will culminate with the SEC Championship Game in Mercedes-Benz Stadium in Atlanta on Saturday, December 1. It will be the 27th edition of the game and the 25th in the city of Atlanta. 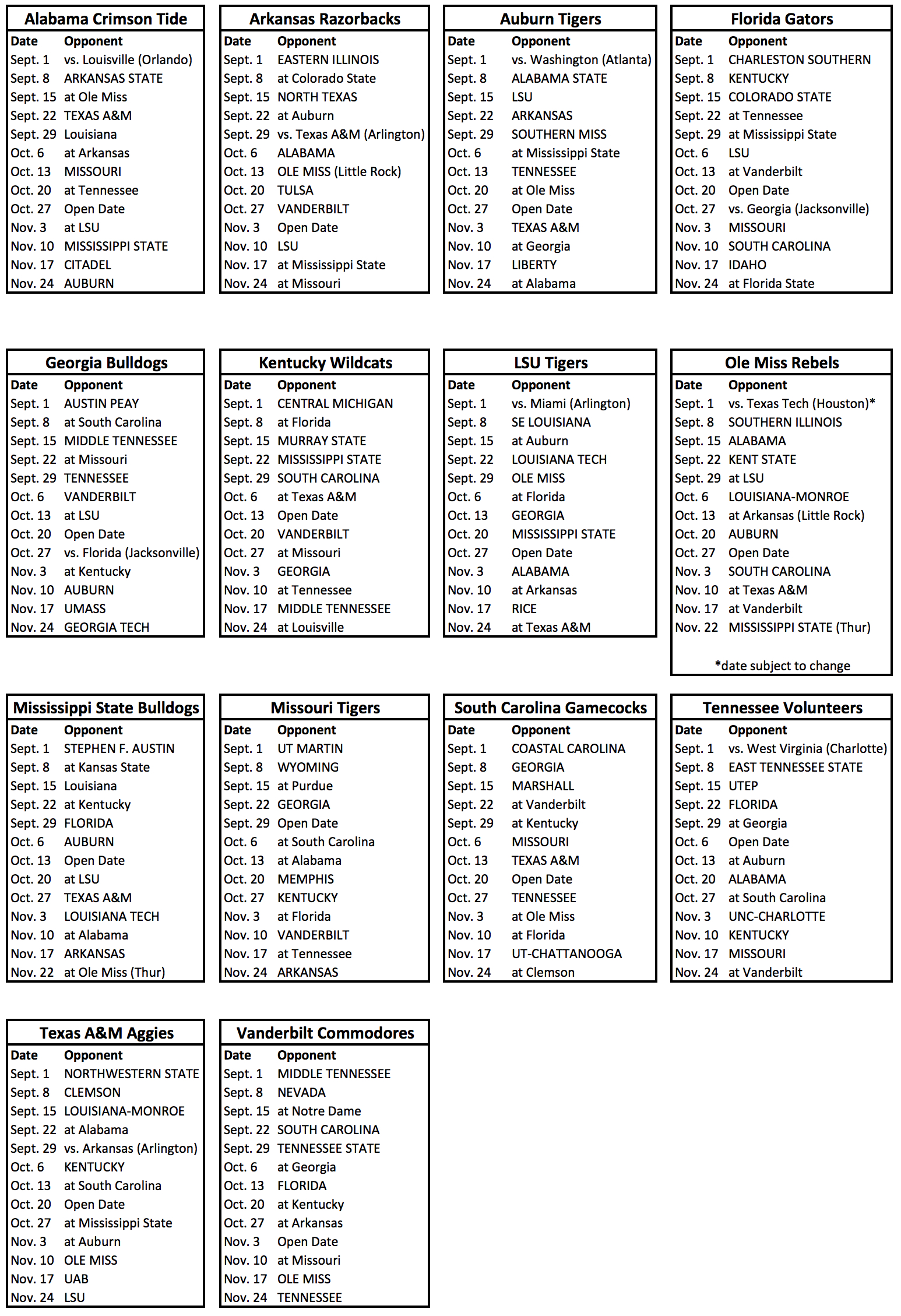