Experience can be a big thing in college football. A player gains valuable experience for every year he plays and becomes a better player because of it. Players also mature physically while they are in college and there is a big difference between a raw 17 or 18-year old true freshman and a mature and physically stronger 22-year old senior. Some teams that send their players away on missions, like BYU, routinely have Seniors up to 25 years old. There is also a coaching adage that for every freshman starter you have, you lose one game. With that in mind, we compiled the following chart. It lists the total amount of senior starters on the team as well as seniors in the two deep. It also shows all of the juniors, sophomores and freshmen starters and the total amount in the two deep. 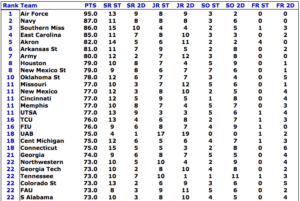 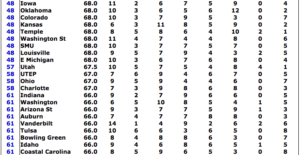 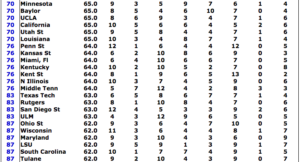 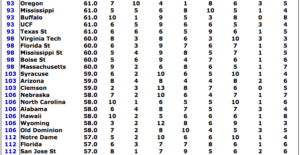